"In Vitro and In Vivo Development of the Human Airway at Single-Cell Resolution" has been published in Developmental Cell! 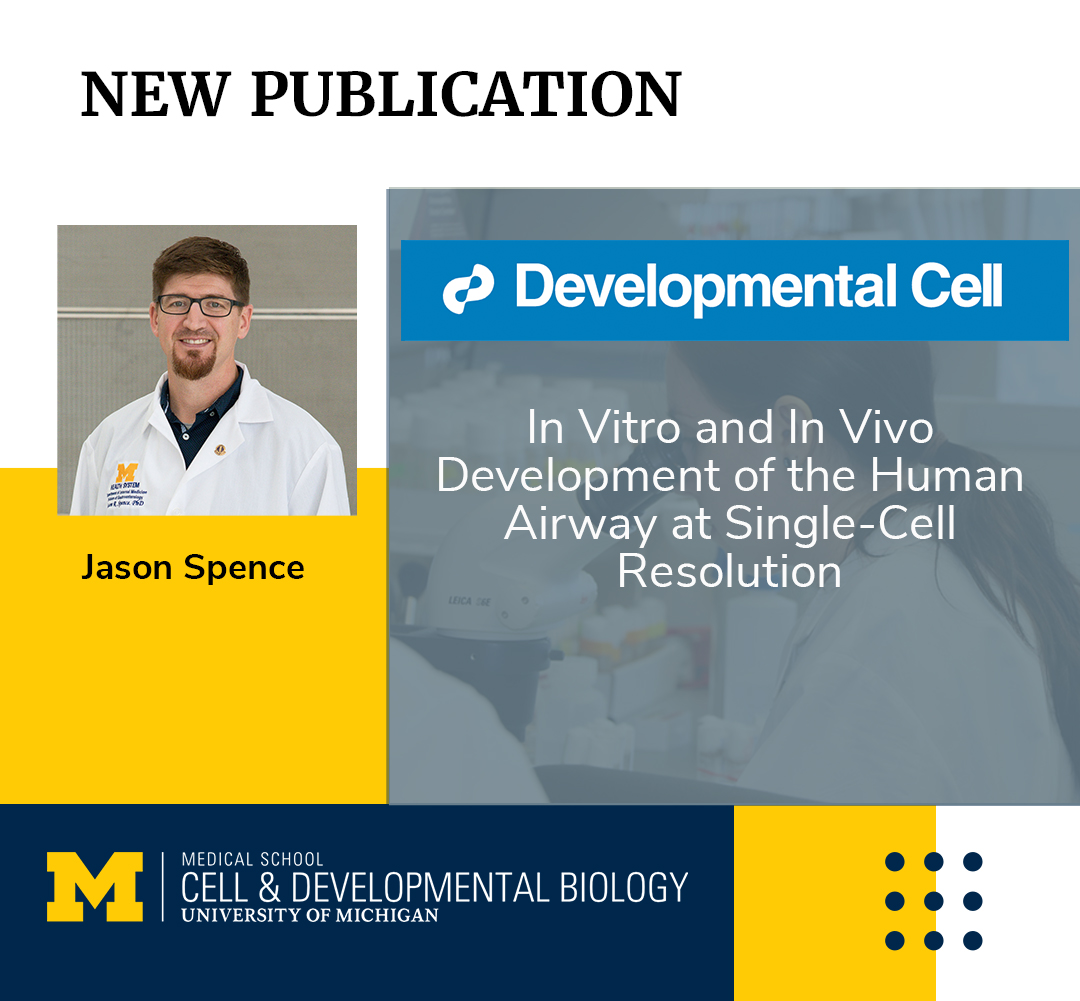 Bud tip progenitor cells give rise to all murine lung epithelial lineages and have been described in the developing human lung; however, the mechanisms controlling human bud tip differentiation into specific lineages are unclear. Here, we used homogeneous human bud tip organoid cultures and identified SMAD signaling as a key regulator of the bud tip-to-airway transition. SMAD induction led to the differentiation of airway-like organoids possessing functional basal cells capable of clonal expansion and multilineage differentiation. To benchmark in  vitro-derived organoids, we developed a single-cell mRNA sequencing atlas of the human lung from 11.5 to 21 weeks of development, which revealed high degrees of similarity between the in vitro-derived and in vivo airway. Together, this work sheds light on human airway differentiation in vitro and provides a single-cell atlas of the developing human lung.
Research