“Cargo Release from Myosin V Requires the Convergence of Parallel Pathways that Phosphorylate and Ubiquitylate the Cargo Adaptor” has been published in Current Biology! 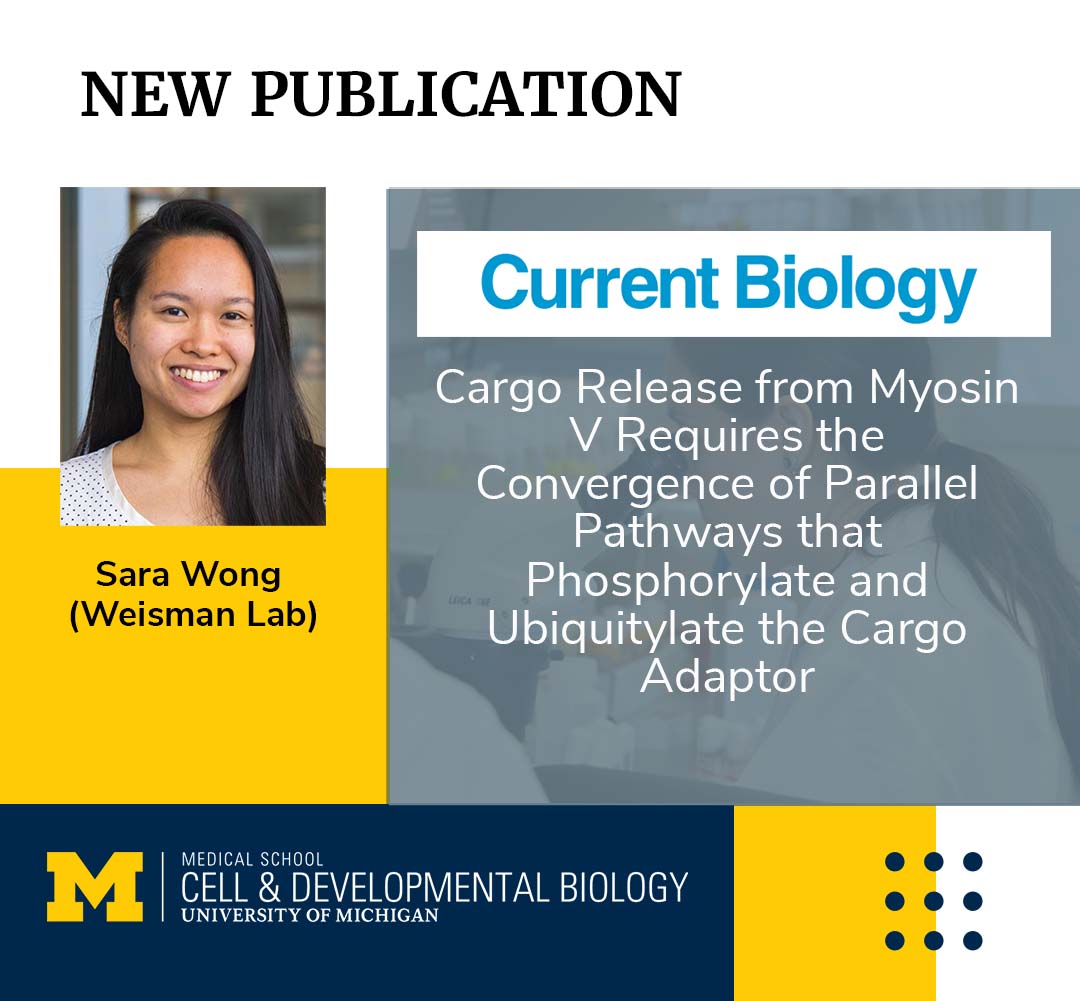 Cellular function requires molecular motors to transport cargoes to their correct intracellular locations. The regulated assembly and disassembly of motor-adaptor complexes ensures that cargoes are loaded at their origin and unloaded at their destination. In Saccharomyces cerevisiae, early in the cell cycle, a portion of the vacuole is transported into the emerging bud. This transport requires a myosin V motor, Myo2, which attaches to the vacuole via Vac17, the vacuole-specific adaptor protein. Vac17 also binds to Vac8, a vacuolar membrane protein. Once the vacuole is brought to the bud cortex via the Myo2-Vac17-Vac8 complex, Vac17 is degraded and the vacuole is released from Myo2. However, mechanisms governing dissociation of the Myo2-Vac17-Vac8 complex are not well understood. Ubiquitylation of the Vac17 adaptor at the bud cortex provides spatial regulation of vacuole release. Here, we report that ubiquitylation alone is not sufficient for cargo release. We find that a parallel pathway, which initiates on the vacuole, converges with ubiquitylation to release the vacuole from Myo2. Specifically, we show that Yck3 and Vps41, independent of their known roles in homotypic fusion and protein sorting (HOPS)-mediated vesicle tethering, are required for the phosphorylation of Vac17 in its Myo2 binding domain. These phosphorylation events allow ubiquitylated Vac17 to be released from Myo2 and Vac8. Our data suggest that Vps41 is regulating the phosphorylation of Vac17 via Yck3, a casein kinase I, and likely another unknown kinase. That parallel pathways are required to release the vacuole from Myo2 suggests that multiple signals are integrated to terminate organelle inheritance.
Research