"Parthenolide Destabilizes Microtubules by Covalently Modifying Tubulin" has been published in Current Biology! 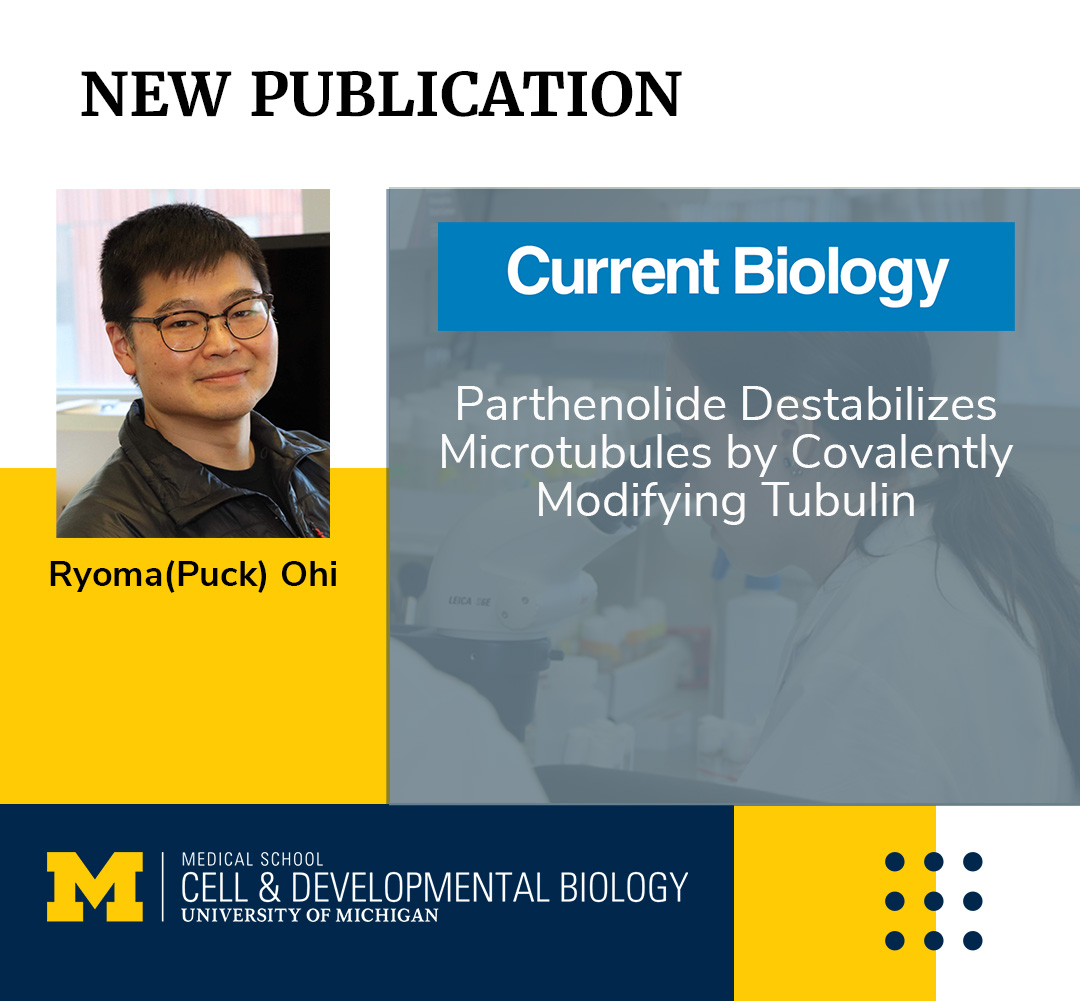 Detyrosination of the α-tubulin C-terminal tail is a post-translational modification (PTM) of microtubules that is key for many biological processes.1 Although detyrosination is the oldest known microtubule PTM,2, 3, 4, 5, 6, 7 the carboxypeptidase responsible for this modification, VASH1/2-SVBP, was identified only 3 years ago,8,9 precluding genetic approaches to prevent detyrosination. Studies examining the cellular functions of detyrosination have therefore relied on a natural product, parthenolide, which is widely believed to block detyrosination of α-tubulin in cells, presumably by inhibiting the activity of the relevant carboxypeptidase(s).10 Parthenolide is a sesquiterpene lactone that forms covalent linkages predominantly with exposed thiol groups; e.g., on cysteine residues.11, 12, 13 Using mass spectrometry, we show that parthenolide forms adducts on both cysteine and histidine residues on tubulin itself, in vitro and in cells. Parthenolide causes tubulin protein aggregation and prevents the formation of microtubules. In contrast to epoY, an epoxide inhibitor of VASH1/2-SVBP,9 parthenolide does not block VASH1-SVBP activity in vitro. Lastly, we show that epoY is an efficacious inhibitor of microtubule detyrosination in cells, providing an alternative chemical means to block detyrosination. Collectively, our work supports the notion that parthenolide is a promiscuous inhibitor of many cellular processes and suggests that its ability to block detyrosination may be an indirect consequence of reducing the polymerization-competent pool of tubulin in cells.