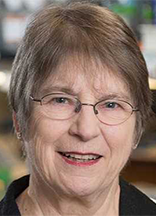 My laboratory studies human genetic disorders and mouse models that are relevant to human health.  We use classical and molecular genetics to investigate neurological disorders related to phosphoinositol metabolism and sodium channel function. We initially discovered the sodium channel SCN8A/Nav1.6 by positional cloning of a transgene-induced mutant (Nature Genet. 1995).  We generated a floxed allele to study the contribution of this channel to the firing patterns of specific types of neurons. Positional cloning of a modifier of an SCN8A splice site mutation led to identification of a novel splice factor (Science, 2004).  Analysis of an engineered mouse model led to identification of epileptogenic mutations of human SCN1A (Nat. Genet., 2000), now known to be the most common genetic cause of epilepsy, with more than 1250 known mutations. In 2012, we identified the first human mutation of sodium channel SCN8A in epileptic encephalopathy (EIEE13) (Am. J. Hum. Genet.) and more than 150 patient mutations have since been identified.  We have generated a mouse model which recapitulates the seizures and sudden death, and examined cardiac and neuronal function in the mice, as well as pharmacological responses to new and standard anti-epileptic drugs. We also functionally characterized 10 de novo patient mutations in transfected cells, demonstrating a variety of gain-of-function mechanisms.  Positional cloning of a spontaneous mouse mutation in the FIG4 gene was the starting point for identification of its causal role in Charcot-Marie-Tooth disease (Nature, 2007).  We subsequently identified FIG4 mutations in two other disorders, Yunis-Varón Syndrome (Am. J. Hum. Genet.) and Polymicrogyria with seizures (Neurology). We characterized the pathogenic mechanisms of several mutant alleles of FIG4, PIKFYVE and VAC14 affecting PI(3,5)P2 biosynthesis in human and mouse.  Most recently, we identified the first human mutations of VAC14 in two unrelated children with sudden onset of neurological decline.  More than 30 predoctoral and postdoctoral trainees have participated in the research.