Dr. Vivian Cheung, professor of Pediatric Neurology and Human Genetics has been selected as the vice president-elect of the American Society for Clinical Investigation (ASCI). With this election, she will serve as the president-elect in year two and president in year three.

Dr. Cheung is a HHMI investigator and research professor in the Life Science Institute. Dr. Cheung currently is serving on the Board of the American Society of Human Genetics, the Council of the NIH/ NIEHS and the ASCI Council. 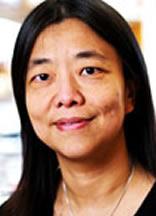