Feldman Partners with Reubinoff from Hadassah University in ALS Research

Latest research shows that ALS not only damages motor neurons, but also cells that support neuron function. The work was a collaborative effort with Dr. Benjamin Reubinoff, who is an affiliate member of the NeuroNetwork for Emerging Therapies.

Working across international boundaries, Dr. Eva Feldman, director of the NeuroNetwork for Emerging Therapies at Michigan Medicine, has created a partnership in ALS research with Dr. Benjamin Reubinoff, Chairman of the Department of Obstetrics and Gynecology at Hadassah University Medical Center in Israel. He is also Director of the Sidney and Judy Swartz Embryonic Stem Cell Research Center and an affiliate member of the NeuroNetwork for Emerging Therapies. 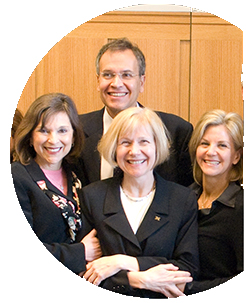 Dr. Feldman stands in front of Dr. Reubinoff in a group photo at Hadassah University.

“This was a great collaborative effort, which drew Dr. Feldman’s experience in ALS with our experience in stem cell differentiation,” said Dr. Reubinoff. “Our results suggest that astrocyte dysfunction in ALS increases their oxidative stress and that of motor neurons, and probably contributes to neurodegeneration. Our findings also support the importance of developing therapeutic strategies for ALS that target astrocytes as well as motor neurons. There are currently ongoing clinical trials testing the therapeutic effect of injecting ALS patients with healthy astrocytes or astrocyte-like cells. Our study support the approach adopted by these clinical trials.”

“Understanding the molecular and cellular pathways of ALS progression will help us develop mechanism-based therapies,” agreed Dr. Feldman. “There is currently no cure for ALS, so new therapies are urgently needed. This work is an example of how our newly-formed NeuroNetwork for Emerging Therapies will achieve its goal of alleviating suffering in neurological diseases. Scientific discoveries like this require collaboration that spans disciplines, institutions, and even geographical boundaries. I’m very excited about our continued ALS research with Dr. Reubinoff.”

In the study, Birger et al. sought to understand how astrocytes contribute to ALS progression. ALS causes degeneration of motor neurons, which control muscles; however, ALS is not “cell autonomous,” meaning that motor neurons are not the only cells participating in or affected by the illness. Many other cell types have been implicated in disease progression, such as astrocytes, the focus of this study.

“Dr. Feldman has developed a large repository of donated primary cells from non-inherited sporadic and inherited familial ALS patients,” explained Dr. Reubinoff. “These cells are genetically characterized for mutations associated with ALS, including expansions to C9orf72, which was of interest to this study, and are crucial in our question to understand the pathogenesis of ALS.”

The researchers obtained skin cells donated to the University of Michigan ALS Patient Repository from healthy individuals and from ALS patients with the mutated gene C9orf72, the most frequently mutated ALS gene. The skin cells were then “reprogrammed” into astrocytes using pluripotent stem cells (iPSCs).

Data from this study led to three key revelations:

-        Study of RNA revealed that ALS C9orf72 astrocytes were more likely to die than those from the healthy patients.

In addition to oxidative stress, Dr. Feldman and her research team are also pursuing inflammation and the role of the immune system in ALS progression, as well as the “exposome,” the cumulative effect of exposure to harmful toxins. 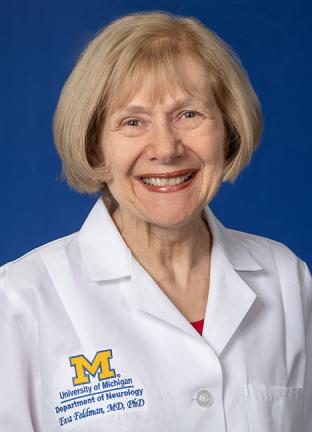 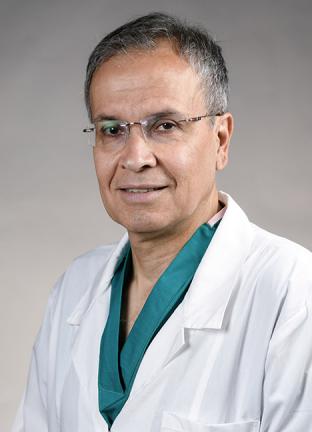