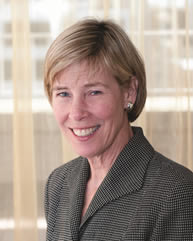 When Diane Baker became the director of the Michigan Genetic Counseling Graduate Program three years after it was founded in 1979, genetic counseling was truly in its infancy. In the intervening 30-plus years, the profession has grown to almost 3,000 members who are trained in 31 graduate programs in the Americas.

The success of the University of Michigan graduate programs and the growth of the genetic counseling profession within the University of Michigan Health System, the state of Michigan and nationally, is a direct result of her work and skills as a clinician, educator and innovator. Students in the Human Genetics Counseling Program have an enormous impact on the practice of genetic counseling, including alumni who served as presidents of the National Society of Genetic Counselors, educators, those who developed innovative models of clinical services at nationally recognized hospitals across the Americas, as well as published over 50 peer-reviewed publications between 2007-2010 and authored two editions of the premiere introductory textbook about genetic counseling.

Donate to the Diane Baker Fund