Dr. Christine Freeman, PhD, received her doctorate from the University of Michigan in 2006. She went on to complete a post-doc in the laboratory of Dr. Jeffrey L. Curtis while being funded by the T32 Multidisciplinary Training Program in Lung Disease. She then successfully competed for a VA Career Development Award and is currently funded by a VA Merit Review Award as well as a collaboration with MedImmune Inc. Awards include the Presidential Early Career Award for Scientists and Engineers (PECASE), bestowed by the United States government, and the Early Career Investigator Award from the American Thoracic Society, Assembly on Allergy, Immunology, and Inflammation.

The focus of my laboratory is to improve understanding of how the immune system contributes to Chronic Obstructive Pulmonary Disease (COPD) progression. We are particularly interested in the role of natural killer (NK) cells in COPD pathogenesis and understanding the mechanisms by which these cells could be contributing to lung destruction. We were the first to show that human lung NK cells rapidly killed autologous epithelial lung cells without additional stimulation and that this cytotoxicity was increased in subjects with COPD. In order to address more mechanistic questions, we have begun to incorporate a mouse model of cigarette smoke (CS)-induced lung injury. My recently-funded Merit Award from the VA will focus on the mechanism(s) that leads to increased cytotoxicity of NK cells in COPD. Specifically, we will test the hypothesis that lung dendritic cells (DC) are delivering priming signals to NK cells, which leads to increased cytotoxicity. Additional goals for this project include identifying the DC subset responsible for priming NK cells and determining the mechanism of priming. My laboratory will also begin to investigate the cross-talk between DCs and airway epithelial cells. DCs can directly sense the environment via pattern recognition receptors, but the epithelium may be necessary to activate DCs to certain exposures, including diesel exhaust and fine dust. It is well-established that the asthmatic epithelium centrally influences the function of DCs, which then initiate and maintain allergic T cell responses. Surprisingly, little is known about epithelial cell and DC interactions in COPD and, more specifically, whether these interactions are needed for DC-mediated NK priming. In order to address this question, my lab is establishing air-liquid interface cultures of human airway epithelial cells from subjects with and without COPD. We will use this model to test the effect on DCs and their downstream ability to prime NK cells. 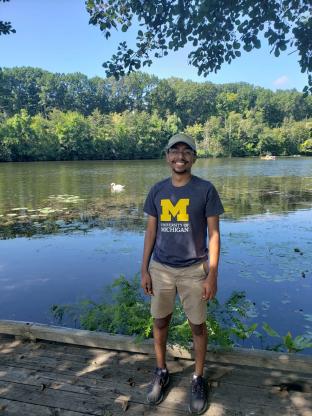