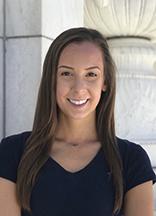 Cardiorespiratory fitness (CRF), which has a large genetic component, correlates with reduced risk for cardiovascular disease, metabolic syndrome, and age-adjusted mortality. The mechanism underlying the health benefits conferred by higher CRF is unknown. We do know that there are differences in metabolite utilization and gene expression patterns in skeletal muscle of individuals who have high and low CRF. Metabolites directly influence epigenetic modifications by acting as cofactors and coenzymes in chromatin modification reactions and influence relative transcriptional activity. I am studying how the epigenomic landscape differs in skeletal muscle of rats/humans with high and low CRF in relation to metabolite levels and gene expression patterns to better understand how this phenotype of CRF arises.