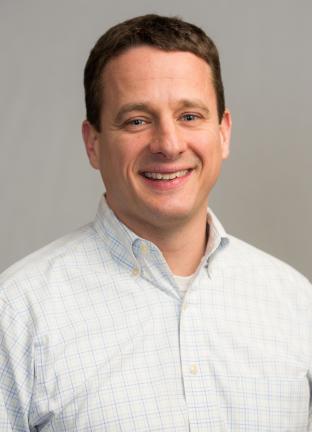 Dr. Beard is a Professor in the Department of Molecular and Integrative Physiology and holds affiliate appointments in Biomedical Engineering and Emergency Medicine. His laboratory is focused on systems engineering approaches to understanding the biophysical and biochemical operation of physiological systems. Dr. Beard is the Director of the Virtual Physiological Rat (VPR) project, supported as an NIH National Center for Systems Biology, working to analyze, interpret, simulate, and ultimately predict physiological function in health and disease.

Dr. Beard earned an MS in Applied Mathematics and PhD in Bioengineering in 1997 under the supervision of Dr. James Bassingthwaighte at the University of Washington. After completing his PhD he conducted postdoctoral research at the Courant Institute of New York University, and as a Howard Hughes Medical Institute Postdoctoral Fellow. Before joining the University of Michigan, he was Professor of Physiology at the Medical College of Wisconsin.

(1) Cardiac energy metabolism. One of the Beard lab’s significant contributions is the discovery of the primary pathway regulating mitochondrial ATP synthesis in the heart in vivo. In demonstrating that inorganic phosphate acts as the key feedback signal controlling the rate of oxidative phosphorylation in the heart, the group has disproved the entrenched theory that oxidative phosphorylation and cellular energetic state in the heart are maintained in the absence of a feedback mechanism. Current work focuses on the question of how the control of energy metabolism breaks down in heart failure, how loss of specific cytoplasmic pools in heart failure disrupts the energetic state, and if/how this metabolic failure determines the loss of mechanical function in heart failure.

(2) Oxidative metabolism and energetics in skeletal muscle. We investigating how oxidative ATP synthesis, coupled to physiological glucose disposal, is regulated in skeletal muscle and how this system becomes dysfunctional in type II diabetes.

(3) Regulation of coronary blood flow. Because the left ventricle extracts approximately 90% of oxygen from the coronary arterial blood supply, changes in myocardial work rate must be matched in lockstep with changes in myocardial perfusion. Because vascular signaling mechanisms integrate a number of parallel open-loop and feedback signals  to determine vessel tone, and because sympathetic innervation causes different responses in vessels in different locations in the coronary network, blood flow emerges as a consequence of phenomena that occur on multiple time and space scales.

(4) Etiology and sequalae of hypertension. Despite over 100 years of research, little is understood about the mechanisms causing hypertension. We are developing theoretical/computational models representing the short- and long-term mechanisms controlling arterial pressure, and using these models to guide experiments on animal models of hypertension. Specifically, models are used to generate hypotheses regarding the underlying mechanisms, and to design experiments to rule out competing hypotheses.