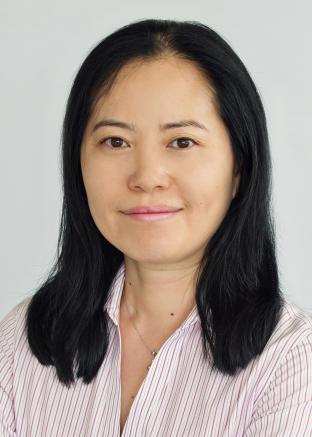 Dr. Wu joined the Department of Molecular & Integrative Physiology in 2013. She is currently a research assistant professor of Life Sciences Institute (LSI), a member of the Cellular & Molecular Biology Program (CMB), Program in Biomedical Sciences (PIBS) and Center for Cell Plasticity and Organ Design.

She received her Bachelor of Science in Biology from University of Science and Technology of China and then her Ph.D. in Biological Chemistry from the University of Michigan, respectively. After her Ph.D, Jun subsequently worked with Bruce Spiegelman at Dana-Farber Cancer Institute and Harvard Medical School as a postdoctoral fellow and instructor.

Project #1. Identification and characterization of transcriptional regulator(s) of beige fat cells. This study explores the hypothesis that beige fat cells possess a distinct regulatory program, consistent with their unique role being “inducible-brown” fat cells. Both microarray analysis and a q-PCR screen using primers specific to transcriptional components (Quantrxx) have been conducted with the total RNA isolated from fully differentiated clonal brown, beige and white adipose cell lines. Multiple potential beige cell regulators have been identified and their functions are currently being tested in vitro via retroviral gain/loss of function in our immortalized cells and via adenoviral in primary Stromal Vascular Fraction (SVF) cells isolated from the murine inguinal subcutaneous fat depot. Potential hits will be further tested in vivo in transgenic mouse models.

Project #2. Beige fat cell fate determination factors and the developmental origin of beige precursors. Similar to Project #1, array and Quantrxx will be conducted with total RNA isolated from preadipocytes of brown, beige and white clonal lines. in vitro gain/loss of function using retroviral and adenoviral systems will be used to test the potential candidates. We identified a panel of beige-selective markers in our previous study and the expression level of these markers will be tested as a readout for the beige cell identity. Functional analysis of responses to cAMP will be used as a secondary screen.

Project #3. The metabolic roles of human beige fat cells. We have successfully established the protocol to culture and differentiate human Adipose Stem Cells (ASC). Primary beige precursors will be isolated from enzymatically dissociated human adipose tissue biopsies by FACS using beige-selective cell surface markers identified in our previous studies. Besides the SVF isolated from the supraclavicular region, where UCP1+ adipocytes are most prominent according to 18F-fluorodeoxyglucose PET/CT scans, other subcutaneous white adipose depots will also be investigated. The abundance and the function of beige precursors and adipocytes in human subjects with various metabolic profiles will be investigated.