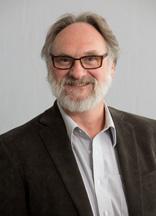 After obtaining his M.D. degree, Dr. Low completed a residency in internal medicine at Michael Reese Hospital in Chicago, a fellowship in Endocrinology at New England Medical Center and a Ph.D. in Neuroscience at Tufts University in Boston. He joined the faculty of the Vollum Institute at Oregon Health & Science University where he was co-director of the Center for the Study of Weight Regulation and Professor of Behavioral Neuroscience.  He moved to the University of Michigan in 2009 to assume his current positions of Professor of Physiology and Internal Medicine. In addition he is the Director of the Animal Phenotyping Core supported by two NIH Center grants.

POMC neurons play a critical role in the regulation of appetite and metabolism and dysfunction in their associated neural circuits can produce morbid obesity. In one project, we are analyzing the modulatory role of glucocorticoids in the pathophysiological mechanisms underlying hyperphagia and the metabolic syndrome exhibited by mutant mice with either constitutive or neural-specific deletions of the POMC gene. On-going pharmacological studies with these mice are characterizing their meal-pattern and metabolic responses to brain-region specific administration of melanocortin receptor and glucocorticoid receptor agonists and antagonists. We are also combining novel retrograde and anterograde neural tracing techniques based on genetically expressed markers to define the afferent and efferent synaptic connections between hypothalamic POMC neurons and other brain regions. The role of phenotypically distinct subpopulations of POMC neurons in the regulation of energy homeostasis is being analyzed using diploid aggregation chimeras. Related to this project, we are also continuing our investigations of endogenous opioids and their interaction with sex steroids on the rewarding and motivational properties of food using operant behavioral paradigms. Male ß-endorphin-deficient mice, but not female or enkephalin-deficient mice, display a paradoxical obesity phenotype.

In a second major project, we used a combination of transgenic reporter expression and phylogenetic DNA footprinting to identify two discrete neuronal-specific enhancers in the POMC gene. We then generated novel strains of mutant mice by homologous recombination in embryonic stem cells that carry selective deletions of one or the other neuronal enhancer elements. Our targeting strategy resulted in an allelic series for each enhancer, i.e. the generation of both conditional hypomorphic and null deletions of the individual enhancers, plus lines that have both enhancers affected. However, none of these six strains with individual neuronal enhancer deletions or combinations of deletions directly alter POMC expression in the pituitary gland. Physiological and biochemical studies using these mutant mice will determine whether the distinct enhancer elements have redundant or unique functional roles in neuron-specific transcription of POMC in response to changes in diet or hormonal milieu. An exciting recent development is our demonstration that one of the conditional hypomorphic neural enhancer alleles can be converted to full function in the adult CNS by tamoxifen administration to mice that are homozygous for the FloxNeoΔnPE2 allele and intercrossed to a CAAG-CreERT (Cre recombinase estrogen receptor binding domain fusion protein) strain. We are now studying serial changes in body composition that occur in these mice over a short time period to determine if their weight loss is associated with differential changes in fat and lean body mass, decreased food intake, and/or increased basal metabolic rate and locomotor activity.

In a third project, our lab is continuing to investigate the role of hypothalamic SST in mediating the sexually dimorphic phenotypes characteristic of the hypothalamic-pituitary growth hormone (GH) and hypothalamic-pituitary (ACTH)-adrenal neuroendocrine axes. A final common pathway for male/female differences in SST’s ultimate physiological effects appears to be the sexually dimorphic patterns of hepatic gene expression. Additionally, experiments conducted with our strain of SST-deficient mice confirmed an important paracrine role for somatostatin in the regulation of both insulin and glucagon secretion from isolated pancreatic islets.