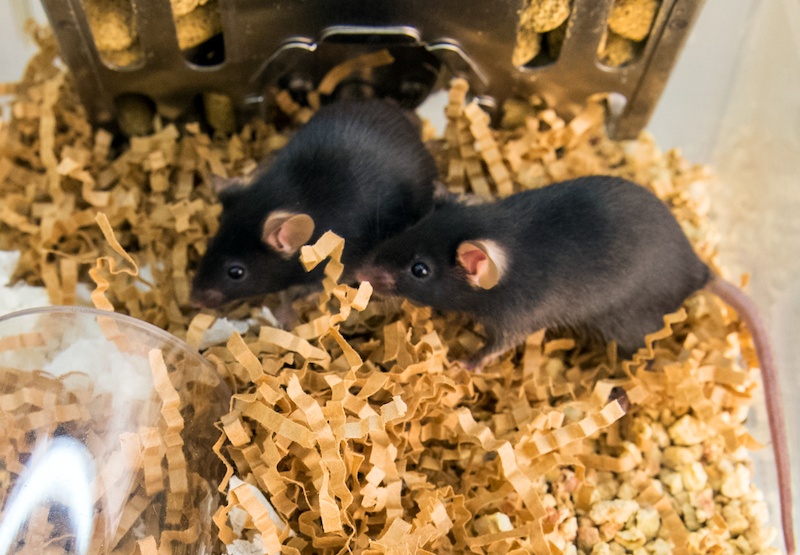 U-M researchers have spent years developing mouse models that would allow for testing new therapies for rare developmental and epileptic encephalopathies resulting from a single genetic mutation. Their research now suggests that SCN8A encephalopathy could be improved with a treatment already approved for other uses.

Seizure disorders in babies are frightening and heartbreaking. A new basic science breakthrough offers hope for a potential treatment for rare developmental and epileptic encephalopathies resulting from a single genetic mutation.

The gene in question, called SCN8A, controls a sodium channel that allows neurons to transmit an electric signal. When this gene is mutated, these channels can become hyperactive, resulting in recurrent seizures.

The average age of onset of SCN8A-related encephalopathy is just four months old.

“Approximately half of patients are severely impaired and cannot walk or talk,” says Miriam Meisler, Ph.D. Meisler is the Myron Levine Distinguished University Professor of Human Genetics and a Professor of Neurology at U-M Medical School. She and her team have studied this disease and its genetic mechanisms for many years, painstakingly developing mouse models that would allow for testing new therapies.

Within the past few years, a new therapy called antisense oligonucleotide (ASOs) has entered the scene, enabling researchers to control gene expression. ASOs are short DNA or RNA molecules designed to block messenger RNA molecules and their encoded proteins. This allows them to control the amount of RNA expressed by mutated genes, dampening their effects on the body.

The team realized the potential of ASOs for this seizure disorder. Their first achievement was developing a mouse model that accurately and predictably mimicked the disease in people. They generated a mouse with the same SCN8A mutation found in several patients but with the mutation turned off long enough to test the therapy.

Developing mice with an "on switch," they were able to administer the ASO, and then turn on the mutation. “The effect was dramatic and unambiguous,” says Meisler. “We had a four-fold increase in lifespan, with added effects of repeated treatments.”

There was no evidence of low-level seizure activity in the treated mice.

The amount of mRNA expressed was reduced by half after ASO treatment, which was well tolerated. The treatment was also effective against other types of epilepsy, including Dravet syndrome(link is external).

They’re currently testing other mouse models of seizure disorders to see how widespread the effectiveness might be, “This has the potential to go beyond sodium channel disorders,” says Meisler.

She notes that ASOs are already FDA approved for several disorders, including spinal muscular atrophy. “I think this will be a breakthrough for these devastating neurological conditions; they are now amenable to a truly personalized treatment.” The work is described in a recent publication in the Annals of Neurology(link is external).