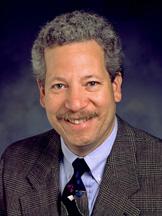 During Dr. Goldstein’s 39 years on the faculty at the University, his research was dominantly focused in the area of musculoskeletal science where he studied connective tissue diseases, their prevention or treatment. His very large and diverse research program included studies ranging from fracture repair and reconstructive surgery, to investigating the mechanisms associated with inherited or degenerative connective tissue fragility to the development of strategies for tissue regeneration. Some of his findings have led to the development of a variety of implants and instruments, gene-based therapeutics for wound repair and novel diagnostic technologies for tissue degradation. Throughout his career, Dr. Goldstein’s research and his large laboratory were funded by extramural sponsors, dominantly the National Institutes of Health as well as a number of other federal agencies, foundations and companies.

Dr. Goldstein has published more than 220 peer reviewed papers and has received numerous awards for his investigations. A sample of these awards include the 1989 Kappa Delta Award for Excellence in Orthopaedic Research, which is the highest award given to orthopaedic investigators internationally. He also received the 2005 Lissner Medal for Career Achievements in Biomedical Engineering from the America Society of Mechanical Engineering and the 2003 Marshall Urist Award for Excellence in Tissue Regeneration Research from the Orthopaedic Research Society. As might be expected, he has been invited to give more than 150 lectures as a visiting professor, keynote or distinguished speaker at conferences, departments, and institutions throughout the country and throughout the world. Importantly, in 2005 Dr. Goldstein was elected a member of the National Academy of Engineering.

In addition to Dr. Goldstein’s scholarly achievements, he has also held numerous leadership positions in the various fields in which he works. For example, he has served on the editorial boards of five journals, was the associate editor of the journal of Bone for more than five years, served as a permanent member and then chair of a study section at the National Institutes of Health.  He has served as the chair of the United States National Committee on Biomechanics, the president of the Orthopaedic Research Society, Chair of the College of Fellows of the American Institute of Medical and Biological Engineering and was as a board member for the Biomedical Engineering Society and The Tissue Engineering and Regenerative Medicine Society International. He also served as an advisory board member for a variety of departments in numerous Universities across the country. From 2008-2019 he was appointed to the Board of Trustees of Tufts University. Currently he serves on the external advisory board of both the Engineering School (chair) and the Medical School at Tufts University.  He also sits on the external advisory board of the University of Michigan Dental School.

Perhaps most importantly, in addition to his remarkable record of leadership and contribution to his disciplines worldwide, he has also made truly substantial contributions to the University of Michigan. In the course of his career he has trained more than 29 doctoral students, a number of whom have already had distinguished careers in academics as well as industry, approximately 50 to 60 master students, most of whom are working in industry and an enormous number of undergraduate, medical students and postdoctoral fellows. He has actively provided the basic science curriculum to our residents and medical students in training in orthopaedics, and provided numerous lectures over the years in a variety of courses in the bioengineering curriculum as well as other subjects throughout the University. He served as the head of the Bioengineering Interdisciplinary Program for 5 years and was one of the critical faculty members who led its evolution to becoming a department in the College of Engineering. He built the academic research programs in Orthopaedic Surgery where he served as the Associate Chair for Research and has been responsible for the development and mentoring of more than two dozen faculty, both clinicians and basic scientists as they develop their academic careers. He also held leadership positions in the Medical School, serving as the Assistant Dean for Research and Graduate Studies from 1993 to 1998, and then as the Research Dean for the Medical School from 1999 through 2004. As might be expected he has also served on a very large number of committees and has been a key faculty member in numerous University initiatives, including contributing to the evolution of the University’s Technology Transfer programs and most recently, served as the first chair of the Institutional Conflict of Interest Committee.

And yet, despite this enormous level of contribution to many aspects of university life, Dr. Goldstein has also been a very active entrepreneur with more than 25 patents, several of which have led to devices or technologies currently in use for patient care, and he is a co-founder of two university start-up companies. Although Dr. Goldstein is retiring from his primary responsibilities at the University, he continues to an active emeritus faculty member providing continuing mentoring, strategic leadership, and limited consulting to ongoing programs at the University.