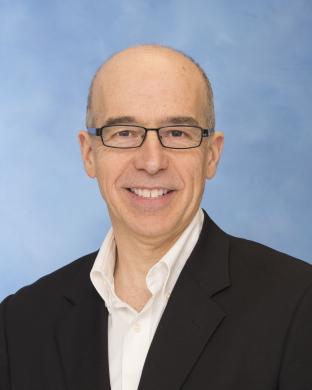 Dr. Gabriel Corfas received an M.Sc. in biological sciences from the University of Buenos Aires, Argentina, and a Ph.D. in neurobiology from the Weizmann Institute of Science in Israel. He did postdoctoral training in the laboratory of Dr. Gerald Fischbach, first at Washington University and then at Harvard Medical School (HMS). He then joined the HMS faculty and established his independent laboratory at Boston Children’s Hospital. Before joining the faculty of the University of Michigan and becoming the director of the Kresge Hearing Research Institute, he was a professor in the departments of neurology and otology & laryngology at HMS and director of basic research in otolaryngology at Boston Children’s Hospital.

The Corfas Laboratory is interested in understanding the roles that interactions between neurons and glia-the two fundamental cell types of the nervous system-play in nervous system development, function and maintenance and in defining the molecular signals that orchestrate these interactions. To this end, the lab employs molecular and cellular biological techniques as well as uses genetically modified mice.

Using these tools and approaches, the Corfas Laboratory has contributed to the understanding of the function of several types of glia, including oligodendrocytes, Schwann cells, astrocytes, Bergmann glia and supporting cells of the inner ear, as well as the identification of key signaling pathways that mediate the interactions between these glia and their associated neurons. The lab has also found how dysfunction of neuron-glia communication contributes to disorders of the nervous system.

Mechanisms and Roles of Neuron-glia Interactions in the Inner Ear

The mechano-receptive hair cells in the sensory epithelia of the inner ear are surrounded by a population of cells called supporting cells. These non-neuronal cells cells share many characteristics with glia in other regions of the nervous system. Using genetically modified mice, the Corfas Laboratory has shown that supporting cells play critical roles in the formation of synapses between hair cells and sensory neurons and for the survival of the neurons.  Using these mice, the lab has also found molecules that can be used to induce the regeneration of hair cells synapses after noise –exposure, leading to recover of hearing. The lab team is now harnessing these findings to find new strategies for treating hearing loss and vestibular disorders.