The year 1955 marked a global watershed in efforts to understand and respond to the public health, social, and economic consequences of mental illness. National census data from that year projected that nearly 560,000 people in the U.S were hospitalized with mental illness, accounting for more than half of U.S. hospital bed capacity.

While mental illness was widely recognized as both an emotional and a physical problem, medical professionals struggled to understand and explain its biological roots, and policymakers struggled to develop effective responses to the needs of the mentally ill.

At the federal level, the enactment of the 1955 Mental Health Study Act established the Joint Commission on Mental Illness and Health to “review, investigate and accredit mental health agencies and providers to ensure that the mentally ill are receiving adequate care and treatment.”

Legislators in Michigan took a complementary approach, supporting scientific efforts to understand what one lawmaker described as “the poignant problem of the mentally ill.” A unique partnership was formed with the University of Michigan to launch the regental-approved Mental Health Research Institute (MHRI), one of the nation’s first programs to coordinate basic research into brain function and dysfunction.

Credit for imagining and realizing MHRI’s unique vision is due largely to Raymond Waggoner, M.D., then chair of the U-M Department of Psychiatry. Waggoner convinced Michigan legislators to establish the MHRI at the University of Michigan and fund the Institute as a line item in the state budget. Additionally, a building to house the Institute was constructed with federal public health funds.

Interdisciplinary collaboration is common today, but at that time it was unprecedented. The Institute would bring together psychologists, psychiatrists, biochemists, anatomists, physiologists, pharmacologists, geneticists, social scientists, law faculty, and clinical investigators to conduct basic and applied research within the broadly defined problem of mental illness, while also educating students and advising the state legislature.

Though our name has changed several times since the UM Regents officially launched the MHRI, and our scientific resources and mission have grown to include nerve regenerative research and bioinformatics, our vision continues to inform our work: that rigorous basic research can enhance our fundamental knowledge of how the brain works, and drive evidence-based solutions to psychiatric problems.

With the goal of coordinating faculty collaboration across multiple University units and schools, a trio of the nation’s preeminent mental health researchers were recruited to U-M to lead the new MHRI. 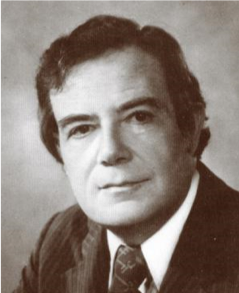 James Grier Miller, M.D. Ph.D., former chair of the department of psychology at the University of Chicago, served as MHRI Director from 1955 to 1967. A psychiatrist interested in behavioral sciences and general systems theory, Miller played a pivotal role in establishing the first inter-university computer communication network to support educational and research efforts. The network evolved into Merit Network Inc, the longest running regional computer network in the U.S. 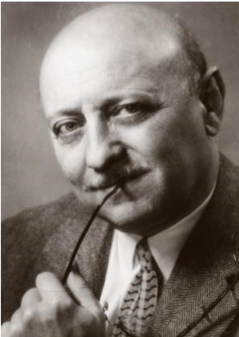 Ralph Waldo Gerard, M.D., Ph.D.,was named MHRI’s first Director of Laboratories. Gerard, who has been called the ‘father of neuroscience’ in part because he is credited with coining the term ‘neuroscience’, was one of the era’s preeminent neurophysiologists. His many contributions to the field include:

1) The invention of the microelectrode, making possible the first measurements of electrical properties of muscle and nerve cells;
2) A major study of the biological basis of schizophrenia;
3) The use of computers to correlate multiple lab findings ‘without prejudice’; and
4) Basic and clinical studies of memory formation. 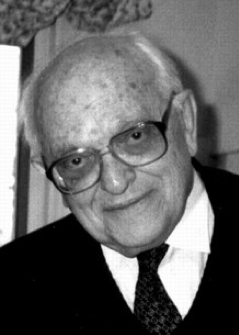 Anatol Rapoport, Ph.D., was MHRI’s third founding member. A ‘mathematical psychologist’ intrigued by game theory, Rapoport influenced many colleagues into applying mathematical approaches to behavioral and social problems. In many ways his work foreshadowed today’s focus on integrating neuroscience with “Big Data” to understand neural function and the biological roots of behavior.

Ahead of their time, this trio pioneered the study and application of complex systems theory and facilitated cross-campus collaborations that advanced concepts as diverse as lipid biochemistry, game theory and social behavior during war.