Geometry of the brain, dimensions of the mind

What it means to be conscious is more than just a philosophical question. Researchers continue to investigate how conscious experience arises from the electrochemical activity of the human brain. The answer has important implications for the way brain health is understood, from coma, wherein a person is alive but unable to move or respond to his or her environment, to surgical anesthesia, to the altered thought processes of schizophrenia. 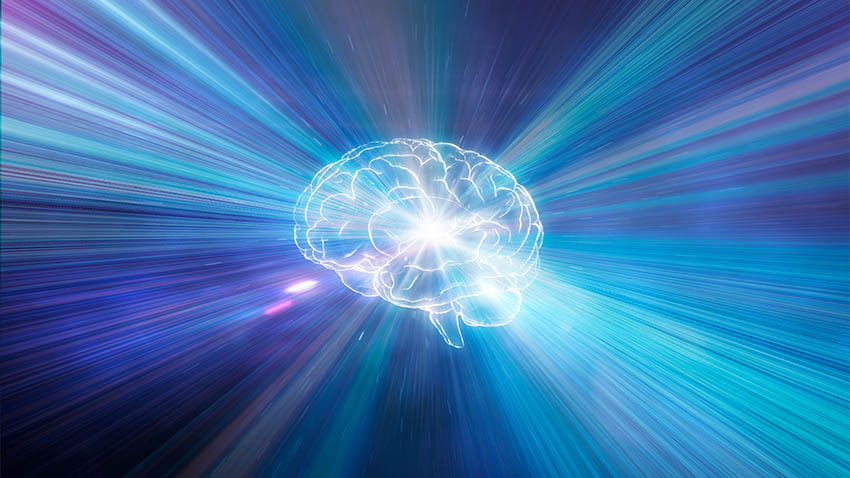 Recent research suggests that no single location in the brain is the source of consciousness, pointing instead to a network phenomenon. Yet, tracing the various linkages between regions in the brain networks that give rise to awareness and wakefulness has been elusive.

A new approach using functional MRI, an imaging technique that allows you to see and measure brain activity through changes in blood flow over time, provides new insight into how we describe and study conscious states.

“Consciousness is complex and studying it is like solving a scrambled Rubik’s cube,” said Zirui Huang, Ph.D., research assistant professor in the University of Michigan Medical School Department of Anesthesiology. “If you look at just a single surface, you may be confused by the way it is organized. You need to work on the puzzle looking at all dimensions.”

When it comes to consciousness, these dimensions can include 1) arousability, that is, the ability of the brain to be awake; 2) awareness, or what we actually experience, like the redness of a rose; and 3) sensory organization, or how sights and sounds and feelings become woven together to create our seamless conscious experience.

For decades, though, these dimensions were just considered conceptually, without any mapping to brain activity itself. In the study by Huang, George Mashour, M.D., Ph.D., professor and chair of the Department of Anesthesiology and founder of the Center for Consciousness Science, and Anthony Hudetz, DBM, Ph.D., director of the Center for Consciousness Science, the investigators sought to find those dimensions of the mind in the geometry of the brain.

Typically, brain imaging studies assess discrete, well-defined brain areas. To understand this, consider the state of Colorado on a map of the United States. It has very clear boundaries in an almost rectangular shape.

However, the borders separating, for example, Colorado and Wyoming, are arbitrary. By contrast, looking at the topology of the mountains across Colorado and Wyoming give you a more informative, natural view of the region. The investigators did something very similar in this neuroimaging study: instead of looking at clearly defined brain regions, they investigated the topology or gradients across brain regions.

To develop a map of these so-called cortical gradients of consciousness, the team used fMRI data from study participants who were awake, anesthetized, in the form of coma, or who had psychiatric diagnoses such as schizophrenia.

The team was then able to arrange recordings from 400 different brain regions into gradients and compare how they change in relation to these states or diagnoses. They found three cortical gradients that seemed to align with the dimensions of consciousness, including arousability, awareness, and sensory organization.

“What used to be mapped only as a helpful diagram of conscious states might now be mapped in the brain itself,” said Hudetz, senior author on the study.

“Our study opens a new view of the link between consciousness and the brain,” said Huang. Furthermore, he notes, the results have the potential for developing brain-based diagnoses or assessments for neurologic patients.

“This article represents an important contribution to the science of consciousness and aligns with our mission of achieving deeper understanding while advancing clinical care,” said Mashour.