Bipolar irritability and anger can damage relationships and hurt you in the workplace. It pays to learn how to prevent and defuse flare-ups in temper. 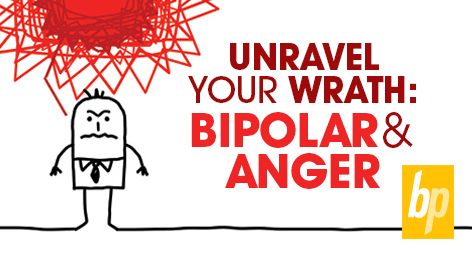 It starts with a routine annoyance—the living room is a mess again, or another driver cuts you off. Irritation takes hold, then mushrooms as swiftly as a nuclear explosion. Cheeks redden, the pulse quickens, and … boom. Welcome to bipolar rage.

For Paul of Las Vegas, an innocuous comment by his wife during dinner could flip his switch.

Paul recognized that something wasn’t right with his ever-changing moods, but stigma kept him from seeking treatment for bipolar until a year or so ago. So periodically, “for the better part of 20 years, I would get irate over nothing,” he says.

Stress at work would affect his sleep, which would affect his equilibrium. He would keep it together at the office, only to take it out in harsh words at home. His three sons would make themselves scarce. His wife bore the brunt of his verbal attacks before their marriage ended.

“It was 100 percent the reason for my divorce,” Paul says.

Irritation and anger can be a normal and even healthy response to certain provocations. As with many emotions, however, people with bipolar disorder appear to be more vulnerable to extreme responses.