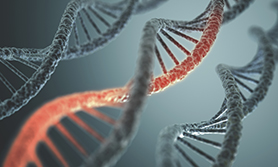 ANN ARBOR, Mich. -- Researchers at the University of Michigan School of Public Health and Medical School  and collaborators at two other institutions will undertake the largest whole genome sequencing study funded to date, as they seek to better understand bipolar disorder and schizophrenia.

U-M, the University of Southern California and the Broad Institute of Harvard and MIT will work together to deeply sequence the genomes of 10,000 people of European, Hispanic and African-American origin.

The team led by U-M includes four researchers from SPH, one from the Medical School and two from the HudsonAlpha Institute of Biotechnology.

"We hope to gain a better understanding of these diseases that directly affect 1 percent of the population but impact countless friends and relatives," said Principal Investigator Michael Boehnke, the Richard G. Cornell Distinguished University Professor of Biostatistics and director of the Center for Statistical Genetics at SPH.

In whole genome sequencing, researchers read essentially all 3 billion base pairs of a person's DNA.

Boehnke said the collaboration builds on previous research by these same investigators. They worked together on a smaller genome-sequencing project, and each has a specific role to play in the current work that begins this month.

The USC team has gathered information and DNA on a large number of people with bipolar disorder and schizophrenia, and corresponding individuals without disease, which allowed for the large study, he said. Their Genomic Psychiatry Cohort collected DNA samples from 37,000 people with and without diseases who agreed to be a part of genomic, epidemiological and clinical studies.

For the project titled Whole Genome Sequencing of Schizophrenia and Bipolar Disorder in the Genomic Psychiatry Cohort, investigators at the Broad Institute will carry out genome sequencing, and U-M and Broad investigators will lead the analysis of the resulting data.

SPH researchers have been in the forefront of genomic research. They have developed sophisticated computational and statistical tools for human gene mapping that have led to a greater understanding of bipolar disorder, diabetes, asthma, cardiovascular disease and macular degeneration.

They also have been major contributors to a number of national projects, including 1000 Genomes, the first effort to sequence the DNA of a large group of people.

Bipolar disorder, also known as manic-depressive illness, is a brain disorder that causes mood shifts, and dramatic ups and downs in energy and activity level. Those with it often struggle with daily activities.

Schizophrenia also is a brain disorder that may cause those afflicted to hear voices and have irrational fears that people are reading their minds, controlling their thoughts or plotting against them.

These disorders are among the leading causes of disability worldwide due to their early onset and chronic course. There is clinical and genetic evidence of overlap of these illnesses, the researchers say, emphasizing the importance of a combined genetic analysis.

Symptoms of these disorders impact personal, social and vocational capabilities due to ongoing and fluctuating symptoms. Suicide occurs in 10 percent to 20 percent of cases. While many treatments are available they are not effective in a significant number of individuals.

Detailed knowledge of genetic structure will provide the basis for novel interventions, the researchers say.

Both conditions run in families and are thought to result from interactions between biological and environmental factors. Previous research has established the importance of genetics, and researchers say this approach will examine details of genetic sequences in an unprecedented number of individuals.