Inside the Bipolar Mind 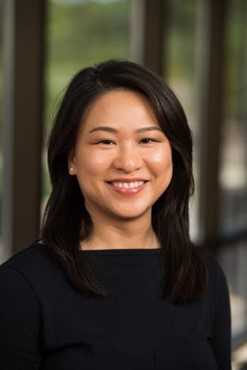 The MiSCAN Lab, directed by Ivy F. Tso, Ph.D., investigates the thinking and brain-related basis of the ways in which people and groups interact and establish relationships that interfere with social functioning in psychiatric disorders, including bipolar disorder. The goal is to develop new and interesting brain-based ways to improve social interactions and quality of life of people living with psychiatric illnesses.

The MiSCAN lab, in partnership with the Prechter Program, uses a diverse organization of thinking and brain-based methods to identify the interaction of behavior and body processes in bipolar disorder. Work from the lab has shown multiple biological and psychological events (endophentoypes) that may show the differences in bipolar disorder from other psychotic disorders, like schizophrenia.

Recent work in the lab includes application of cutting-edge time-frequency analysis — or studying a signal in both time and frequency areas of thinking at the same time in EEG bipolar brain signals. Results — in Hertz (Hz) — showed that changes in face processing and stopping responses in bipolar disorder may be due to reduced (4-8 Hz) oscillation and lessened simultaneous high-frequency (30-60 hz) brain activities.

These findings have strong treatment implications. Dr. Tso is planning to investigate a new treatment option using non-invasive technology that acts directly upon nerves. This new treatment is called transcranial alternating current stimulation (tACS). This can be programmed to imitate natural brain oscillations and synchronicity at each person’s peak frequencies. If successful, this would provide an innovative, personalized treatment that can improve thinking and daily life for people with bipolar disorder. The results suggest that substance use in bipolar disorder likely reflects vulnerabilities that add to risky behavior, even when mood symptoms and substance use are in remission. Dr. Tso and her team plan to develop this work into a unifying computational model explaining behavioral and brain responses in the context of stopping an emotional response. This line of investigation is expected to advance understanding of what adds to impulsivity in bipolar disorder and lead to new targeted treatments.Another new line of research in the lab is using mathematical modeling to separate, analyze, and estimate psychological processes behind behavior in bipolar disorder. A recently completed study using this approach showed that risk-taking behavior in bipolar disorder is driven by increased reward sensitivity —
but only in those with a history of substance abuse.