Three researchers say eye care accessibility around the globe isn’t keeping up with an aging population, posing challenges for eye care professionals over the next 30 years. 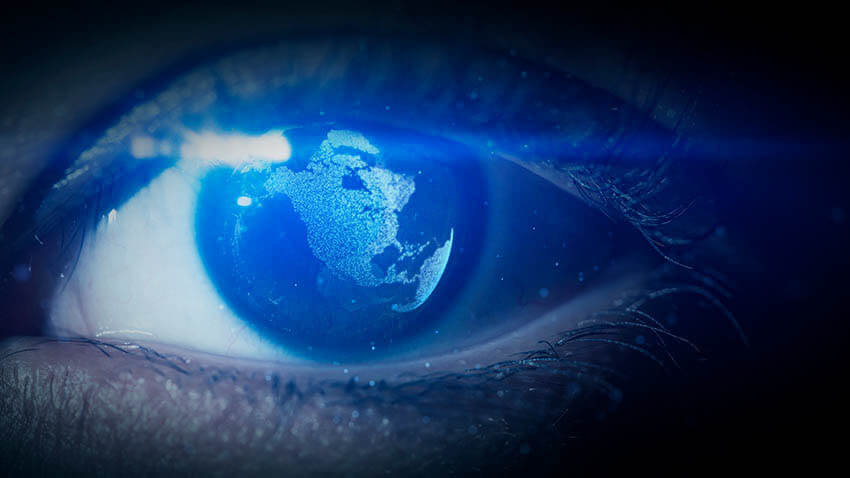 As the global population grows and ages, so does their need for eye care. But according to two new studies published in The Lancet Global Health, these needs aren’t being met relative to international targets to reduce avoidable vision loss.

As 2020 comes to a close, an international group of researchers set out to provide updated estimates on the number of people that are blind or visually impaired across the globe, to identify the predominant causes, and to illustrate epidemiological trends over the last 30 years.

“This is important because when we think about setting a public health agenda, knowing the prevalence of an impairment, what causes it, and where in the world it’s most common informs the actions that key decision makers like  the WHO and ministries of health take to allocate limited resources,” says Joshua Ehrlich, M.D., M.P.H., a study author and ophthalmologist at Kellogg Eye Center.

The study team assesses a collection of secondary data every five years, undertaking a meta-analysis of population-based surveys of eye disease assembled by the Vision Loss Expert Group and spanning from 1980 to 2018.

A study like this poses challenges since regional populations vary in age.

“For example, the population in some Asian and European countries is much older on average than the population in many African nations. Many populations are also growing older over time. A direct comparison of the percentage of the population with blindness or vision impairment wouldn’t paint a complete picture” says Ehrlich, who is also a member of University of Michigan’s Institute for Healthcare Policy and Innovation, explains.

To address this issue, the study looked at age-standardized prevalence, accomplished by adjusting regional populations to fit a standard age structure.

“We found that the age-standardized prevalence is decreasing around the world, which tells us eye care systems and quality of care are getting better,” says C.S. Mott Children's Hospital's Monte A. Del Monte, M.D., a study author and pediatric ophthalmologist at Kellogg Eye Center. “However, as populations age, a larger number of people are being affected by serious vision impairment, suggesting we need to improve accessibility to care and further develop human resources to provide care.”

Although findings varied by region globally, cataracts and the unmet need for glasses were the most prevalent causes of moderate to severe vision impairment. Approximately 45% of the 33.6 million cases of global blindness were caused by cataracts, which can be treated with surgery.

Refractive error, which causes a blurred image resulting from an abnormal shape of the cornea and lens not bending light correctly, accounted for vision loss in 86 million people across the globe. This largest contributor to moderate or severely impaired vision can be easily treated with glasses.

Also important, vision impairment due to diabetic retinopathy, a complication of diabetes that affects eyesight, was found to have increased in global prevalence.

“This is another condition in which we can prevent vision loss with early screenings and intervention,” says study author Alan L. Robin, M.D., a collaborating ophthalmologist at Kellogg Eye Center and professor at Johns Hopkins Medicine. “As diabetes becomes more common across the globe, this condition may begin to affect younger populations, as well.”

“Working as a global eye care community, we need to now look at the next 30 years,” Ehrlich says. “We hope to take these findings and create implementable strategies with our global partners through our Kellogg Eye Center for International Ophthalmology so fewer people go blind unnecessarily.”

In an effort to contribute to the WHO initiative VISION 2020: The Right to Sight, the researchers updated estimates of the global burden of vision loss and provided predictions for what the year 2050 may look like.

“Eliminating preventable blindness globally isn’t keeping pace with the global population’s needs,” Ehrlich says. “We face enormous challenges in treating and preventing vision impairment as the global population grows and ages, but I’m optimistic of a future where we will succeed because of the measures we take now to make a difference.”