Speaking on: New insights into the rapidly evolving treatment paradigms for liver cancers. 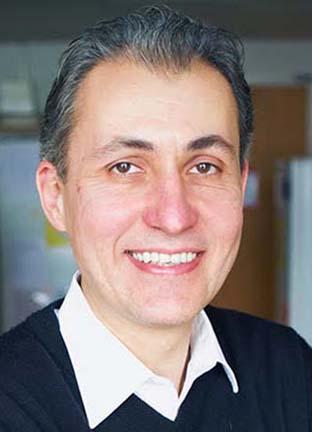 Over the last decade and a half, I have built a productive Liver Cancer Research Program within the Steele Laboratories for Tumor Biology. The translational goal of this program is to increase the durability of response to the most effective available therapies. The approach is to identify new cellular and molecular mechanisms of local and metastatic tumor progression and treatment resistance and validate them as new targets for combination therapies for cancer.

To this end, my group is studying the activity of antiangiogenic drugs, antifibrotic drugs or radiotherapy approaches in combination with immunotherapy. In preclinical studies, we are employing models that reproduce the hallmarks of human cancers (i.e., genetically engineered models of primary hepatocellular carcinoma and cholangiocarcinoma, and metastatic pancreatic, breast and prostate carcinomas). In parallel, in clinical studies in cancer patients, we are conducting correlative studies of biomarkers of response to the same approaches. My research efforts are currently supported by grants from Federal sources – US Department of Defense (DoD) and National Cancer Institute (NCI) – and Foundations, and by agreements with Industry partners (Bayer, Exelixis and BMS).

I have authored over 240 publications so far, of which 140+ are original reports, including in basic research journals such as Nature, Nature Medicine, Nature Biotechnology, Nature Genetics, Cell, Cancer Cell, Science Translational Medicine, Gut and Hepatology as well as in clinical journals such as the Journal of Clinical Oncology, Nature Precision Oncology and JAMA Oncology. Over the last 2 decades, I have been invited to present our results at over 200 local, national and international meetings, including in Grand Rounds (Harvard, Mayo Clinic, Yale, Fred Hutchinson Cancer Center), Plenary and State-of-the-art Talks (AACR, IASGO) and Keynote Lectures. For my work, I have received several awards, including from the AACR, Cancer Research Institute (CRI), IASGO, and MGH. I was elected as an Honorary Member of the Academy of Medical Sciences of Romania in 2012, and as a member of the College of Fellows of the American Institute for Medical and Biomedical Engineering (AIMBE) in 2020.

I have been  serving as chartered or ad-hoc Member, and Chair or co-Chair of US NCI, American Cancer Society (ACS), US Department of Defense (DOD), and Belgium FWO Med4 panels since 2012. I am a  Founding Editor of the journal Surgery, Gastroenterology and Oncology, a Senior Associate Editor of the International Journal of Radiation Oncology*Biology*Physics, and an Editorial Board member for several other journals, including Clinical & Translational Radiation Oncology, Journal of Hepatocellular Carcinoma and Cancers. I am serving as the Secretary General of the IASGO since 2015. In addition, I am a member of the American Association for the Study of Liver Diseases (AASLD) Liver Fibrosis Special Interest Group and of the NCI Hepatobiliary Task Force for Immuno-Oncology Biomarkers.

I am teaching tumor biology and translational oncology through daily supervision of 50+ postdoctoral research fellows, and graduate and undergraduate students. As a passionate supporter of the IASGO’s mission to globalize the best medical practice and knowledge all over the world, I have been coordinating, teaching and directing Postgraduate Courses in 28 countries in Asia, Europe, Africa and the Americas, since 2013. I have also taught nationally in ASTRO and RTOG translational meetings for residents and clinicians and locally in the MIT-HMS HST Program since 2005. I have been coordinating a research exchange student program with University of Muenster, Germany since 2015, and I have been directing an Annual Course titled “Methods in Biomedical Engineering, Tumor Biology and Immunology” at MGH since 2004.

I obtained a DMD from the University of Medicine Iasi, Romania in 1993, and earned a PhD in Medical Sciences (Gastrointestinal Surgery) from Tohoku University Graduate School of Medicine, Sendai, Japan in 2001. After graduation, I pursued postdoctoral training with Professor Rakesh K. Jain in the Steele Laboratories for Tumor Biology, Department of Radiation Oncology, MGH and Harvard Medical School in Boston. I became a Junior Faculty member (Instructor) in 2004, and then rose through the ranks to Full Investigator at MGH Research Institute in 2016 and Associate Professor of Tumor Biology (Radiation Oncology) at Harvard Medical School in 2012. In 2016, I was appointed as the Director of Translational Research in Gastrointestinal Radiation Oncology at MGH. In 2020, I received the honorary degree "Doctor Honoris Causa" from the University of Medicine Iasi, Romania, my Alma Mater.