Guidelines Say No To Certain Breast Cancer Treatments. What Do Women Think?

The way patients view treatment guidelines could help inform how they're discussed, presented and ultimately adopted.

Women with certain types of breast cancer can do very well without some interventions, and in fact may incur harm from them. Why do certain treatments persist in these cases despite the strong evidence against them?

A qualitative study led by first author Ton Wang, M.D., a general surgery resident at Michigan Medicine, sought to examine the question from the perspective of potential patients. The study was published in Jama Network Open. Lesly Dossett, M.D., M.P.H., a surgical oncologist, was the study’s senior author.

Wang interviewed 30 women 70 or older, gave them a hypothetical diagnosis of low-risk, hormone receptor–positive breast cancer, and outlined treatment options according to current guidelines. The guidelines recommend against sentinel lymph node biopsy (SNLB) and postlumpectomy radiotherapy in such patients, because the tumors carry an excellent long-term prognosis, and a low breast cancer-specific mortality rate of less than 1%.

Wang’s conversations with the women revealed that their views on the treatments likely play a role in such treatments persisting—and that there’s work to be done to make women comfortable with the treatment guidelines.

The factors driving how women decide

One trend that emerged in interviews was one of simple misunderstanding of how to interpret the guidelines. Some of the women viewed recommendations against certain treatments as an indication that the outcome for the diagnosis was bad, and therefore not worth aggressively treating.

Some of the women also saw ageism and fiscal discrimination at work, speculating that perhaps the government might think they weren’t worthy of dedicating resources to.

Women who indicated they’d favor having an SNLB, which reveals whether or not cancer has spread to the lymph node, said they valued the peace of mind it could provide. Wang is sympathetic to the desire for answers, but said such diagnostics wouldn’t change the outcome, and bring potential harm in the form of cascading care.

“Now that you have a positive lymph node, your oncologist might give you another test to see if you might benefit from chemotherapy. Perhaps you get chemotherapy. Then you get radiation. You may receive all of these things that perhaps wouldn't have changed your survival one way or another,” Wang said.

Women seemed to prefer the hypothetical SNLB procedure over postlumpectomy radiotherapy. The inconvenience of making multiple trips to a radiation center was a deterrent for women who wanted to be productive, travel and avoid being a burden to family members who might have to accompany them to treatments.

If patients’ views of some treatments play a part in unnecessary treatments persisting, conversations with them are key to guidelines being followed.

Wang sees an opportunity to present the diagnoses and appropriate treatments in a way that helps patients see the upside in not needing more treatment.

“We hope to frame this in a positive way so that women understand they are not likely to die of breast cancer. We actually think that their expected outcome is so good that they don’t need these other things,” Wang said.

There’s also a need to better explain the potential downsides of pursuing treatments that aren’t recommended for specific breast cancers in certain populations, according to Wang:

“We don’t give everyone antibiotics for a cold because there is a tiny chance that you could get pneumonia. We understand that there’s greater harm that can come from it than good.”

Finally, clinicians could be better prepared for conversations with patients. Wang said the medical maximizer-minimizer scale, developed by Dr. Brian Zikmund-Fischer and colleagues at the University of Michigan, is a tool that could be useful to guide conversations.

The scale places people in one of two categories based on how they answer a question about their approach to health care. Minimizers tend to avoid care, and therefore miss out on care they need. Maximizers tend to seek out more—and sometimes too much—treatment.

“If you knew going into a discussion with a patient where they lie on this scale, it may be possible to have a much more meaningful conversation with them and make sure they get care that’s right-sized for them,” Wang said. 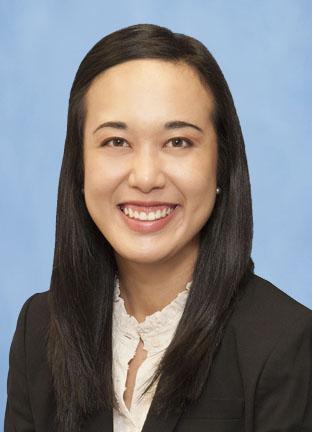