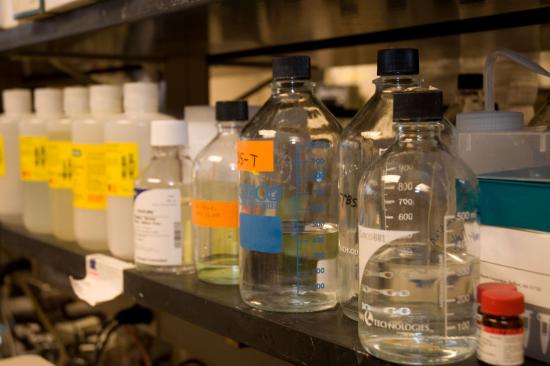 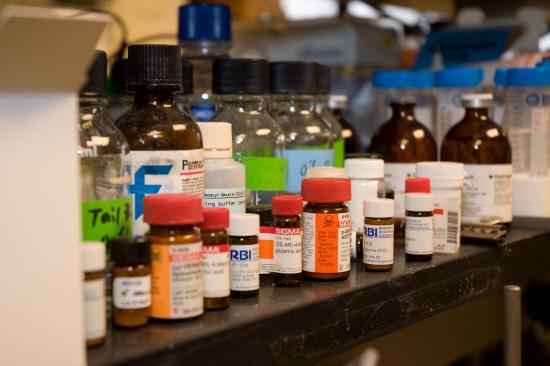 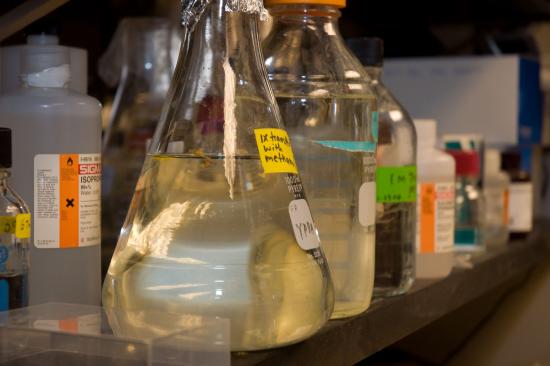 The laboratory is focused on characterizing molecular and biologic alterations of esophageal and lung cancers, with the goal of developing more efficacious interventions for cancer prevention and treatment. Broadly, laboratory interests include: inhibiting cancer progression though the use of natural products and pharmacologic agents and understanding how genetic, host-related (sex, age, obesity, microbiome profile) and environmental factors (i.e. diet, medication and tobacco use) mediate cancer development, response to therapy and metastasis.

We also study surgical outcomes. The University of Michigan Section of Thoracic Surgery has one of the highest case volumes of the surgical treatment of esophageal and lung cancers in the country, giving us robust and insightful data. Our outcomes-related work looks at ways to reduce disparities in esophageal cancer outcomes and complication rates after esophagectomy. We also investigate and apply morphomic analyses to assess frailty and help patients better prepare for surgery.

We use multiple strategies and approaches to advance our work. These include the use of preclinical tools — including immortalized cell lines, primary cell lines, stem cell cultures, human tissue samples and translationally relevant animal models — coupled with "-omics" technologies to identify targets, understand mechanisms of action and interrogate specific cancer linked pathways and networks. For example, in the esophagus, we examine transcriptional changes during the transition of Barrett’s metaplasia to low-grade dysplasia, high-grade dysplasia and then to esophageal adenocarcinoma (EAC). Understanding how this occurs will inform us toward interventions to mitigate risk factors and inhibit progression to cancer.

We're also identifying overexpressed cell surface markers that can be used to detect early cancer in patients with Barrett’s metaplasia using fluorescently-labeled peptides and multispectral endoscopic detection. We are learning how the RNF128 protein, involved in T-cell anergy, regulates the tumor suppressor gene TP53 which is frequently mutated in EAC. By changing the isoform expression of this gene, we can induce BE-derived esophageal cells with mutant TP53 to die. Similarly, in the lung, we are working to define gene expression signatures and other clinical factors associated with aggressive early-stage cancer. This helps us identify individuals who may benefit from additional therapy. After identifying that the protective enzyme, GSTT2 (glutathione S-transferase theta 2), may confer protection against esophageal adenocarcinoma in African Americans compared to Caucasians, we are now delving deeper to look at DNA damage and repair as contributory pathways in this type of cancer.

We are studying mechanisms of action, including apoptosis or cell death, in response to natural and synthetic inhibitors that target pathways involved in cancer progression. Natural inhibitors, such as cranberry proanthocyanidins (C-PAC), are especially promising since the complexity of plants might provide multiple substances to target more than just one pathway. Another promising strategy is targeting energy metabolism in the mitochondria to slow cancer cell growth, and we are investigating the mechanisms of cell death in response to the agent mito-lonidamine in preclinical models of lung cancer.  We are looking at the role of the microbiome, a foundational piece of the puzzle that connects risk factors to disease state, and we're following that work with investigations into downstream mechanisms and pathways, such as the movement of bile acid metabolites into and out of cells. Investigators in our laboratory also study mechanisms of therapeutic response and treatment resistance as well as the immune response to cancer.

In research on the molecular characterization of GSTT2, our investigators found this enzyme was differently expressed in the esophagus in African Americans compared to Caucasians, with abundant expression in African Americans. Our work supports that elevated GSTT2 levels may confer a protective effect against the DNA damage caused by GERD. This may explain the rarity of esophageal adenocarcinoma in African Americans even though they suffer from reflux at similar rates as Caucasians.

Building on this work, we also found that the gene that encodes the GSTT2 protein can be induced in both human esophageal cells and the rat esophagus using cranberry constituents. In addition, we showed that the esophageal cells in rats given C-PAC maintained their expression of GSTT2. The work suggests that C-PAC may have potential as a protective agent in patients at elevated risk for Barrett’s metaplasia and cancer development.

Earlier in vitro and in vivo work on C-PAC found that cranberry extract can inhibit esophageal adenocarcinoma and identified molecular alterations, changes in the microbiome profile and changes in bile acid metabolites. Investigators also were the first to report that C-PAC induced autophagy served as a cancer cell death mechainism in EAC cell lines and in EAC patients was inversely linked to cancer stage and grade.

In mouse models of lung cancer, we showed that mitochondria-targeting lonidamine (mito-LND) inhibits cancer growth and metastasis as well as clarified the mechanisms and signaling pathways involved. This included identifying autophagy induction as a mechanism of cancer cell death. We further showed that, even at high doses, mito-LND didn’t cause the toxicities we see with many anti-cancer drugs.

We have identified four microRNA molecules present in serum that, when used in combination, can noninvasively detect early non-small cell lung cancer (NSCLC) with high sensitivity. This is an important breakthrough since about 75% of patients have later-stage disease by the time they are diagnosed.

In related work, we identified a seven-gene "predictive signature" to assess the benefits of chemotherapy and the risk of recurrence in non-small cell lung cancer. Some of the proteins expressed by these genes may also serve as promising targets for immunotherapy.

Our work is identifying new strategies, biomarkers and potential therapies to speed cancer detection, improve options for prevention and treatment and improve our understanding of resistance to conventional therapies with the long-term goal of informing personalized patient interventions. We're also making headway in the potential use of preventive agents, including natural products such as cranberry, to mitigate cancer risk factors.

We continue to move forward with translational science into early-phase clinical trials in patients with premalignant conditions such as GERD and Barrett's esophagus. We are particularly interested in characterizing the microbiome and metabolome and looking at their role in responsiveness and resistance to preventive agents as well as standard therapies. We also will continue to unravel the mechanistic relationship among reflux, obesity and progression of esophageal adenocarcinoma, interactions that have not been well characterized to date.

Our laboratory has many collaborations across the University of Michigan and the world. Some of our key collaborators include: