The Conrad Jobst Vascular Research Laboratories are committed to advancing research in the fields of vascular disease and biology. 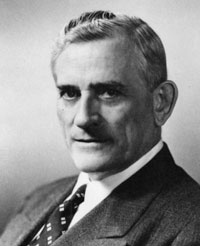 The Conrad Jobst Vascular Research Laboratories on the campus of the University of Michigan are state-of-the-art research facilities in the North Campus Research Complex. There are a number of core units that make-up the laboratories including a molecular, hematology and cell biology unit, and a small animal operating facility. The major topics of research include venous thrombosis, vascular inflammation, thrombus resolution, traumatic injury, nephropathy, abdominal aneurysms, and medical device testing. In addition to conducting research, the Jobst Laboratories aims to train the academic vascular surgeons of the future. The laboratories are supported by the Jobst Foundation in memory of Dr. Conrad Jobst.

The Jobst Pre-Clinical Research Group builds upon the legacy of excellence in translational venous research in the Conrad Jobst Vascular Research Laboratories to provide consultations and develop best practices for industry standards related to internal and external device trials.

We greatly appreciate your support in further advancing our research. Please contact the Office of Development at 734-763-5392 with any questions.

The University of Michigan offers a wide range of clinical trials through the Michigan Institute for Clinical & Health Research (MICHR) in which volunteers can participate.

Visit our directory for a list of all the centers, programs, labs, and independent investigators in the Department of Surgery to learn more about our research.