Are mice bad experimental models for humans? Maybe they're just...cold

Instead of trying to make mice more human, Randy Seeley, Ph.D. says it's time to let mice be mice—and that means turning up the thermostat.

If a therapy tested in mice failed to work in humans, one could conclude the therapy is not worth pursuing, or that a mouse is a bad model for human systems.

Randy Seeley, Ph.D., Professor of Surgery and Director of the Michigan Nutrition Obesity Research Center, has a different view: Perhaps some things don’t translate from mice to humans because the experiments aren’t done correctly.

Perhaps the mice are cold.

A ‘boring’ variable with important implications

Seeley, who’s studied the issue of environmental temperature and mice, made the case for keeping mice warm enough for experiments in a commentary in Nature Metabolism. Do that, and some of the variables that look like differences between species equalize. Ormond A. MacDougald, Ph.D., John A. Faulkner Collegiate Professor of Molecular & Integrative Physiology collaborated with Seeley on the commentary.

In order for metabolic and immune systems to function optimally, both mice and humans must be at thermoneutrality. That’s the ambient temperature range for which energy is expended only to maintain the basal metabolic rate. For mice, that range is ~29–32°C. For humans, it’s ~22°C.

For the comfort of people working in labs, mice are often kept at temperatures closer to the human thermoneutrality range, which translates to about 71°F. The effect of being kept below thermoneutrality is that their immune systems tend to be suppressed, since precious energy is directed toward keeping them warm instead.

Mice are especially susceptible to these effects because they generate their own body heat, have relatively ineffective fur and a naked tail, which further contributes to heat loss, much like a human head.

The effects of this manifest in some specific realms, such as experiments in metabolic function and immunotherapy for cancer.

“A mouse has a lot of brown fat, which it uses to create heat. Humans have it, but they have less of it and it’s harder to find—unless you put them in the cold,” Seeley says.

“Things get killed, and they never make it to humans because the system it was tested in wasn’t very good. So, what could have been a perfectly useful therapy never sees the light of day. We see that when researchers later use a non-human primate or humans themselves and suddenly see efficacy,” Seeley says.

As big as the implications are for not addressing temperature variables, it can be hard to get attention on the issue. Seeley says that’s because the issue isn’t really that complex—and in fact it’s even kind of boring:

“It is boring to talk about housing temperatures. If you went to a study section and said, ‘I’m going to do all these fancy genetic tricks to make my mouse model more human,’ they’d say ‘That’s great.’ If I say I need money to change the temperature, nobody’s going to think that’s exciting enough to get to the 10th percentile in an NIH grant,” Seeley says.

Solutions are both simple and complicated

Protocols for keeping mice sanitary and monitoring their food intake contribute to the challenge of housing them at thermoneutrality; air flow through the racks can contribute to variable temperatures. If the mice are separated, they can’t huddle for warmth.

Why not just turn the thermostat up? You could, but achieving thermoneutrality for mice by those means would mean rooms kept at about 86°F.

Consider that on top of that being warm to start, the humans are also wearing PPE, including masks. COVID protocols mean the masks must stay on at all times, contributing to even more warmth.

One solution is heated chambers for the mice, which Seeley uses in his lab.

There is a cost in terms of time and money to addressing the housing temperatures. Seeley says it’s worth it for the integrity of the work, and that researchers ignore it at their peril.

A debate with others on Twitter about whether it was worth addressing was the inspiration for the commentary. The journal reached out soliciting the commentary after seeing the conversation play out.

“Science Twitter is really actually kind of fun. There was a back and forth about this issue where another investigator said we could still make a treatment even though the mice were tested at the wrong temperature. The response you get a lot is, ‘You’re probably right, but it doesn’t matter to me,’” Seeley says.

Underlying any potential solutions is the need to understand how widespread the problem is in the first place. Seeley points out that it’s not clear—and that better data is needed to try to achieve more translatable results.

“One of the problems is that we don't actually know what temperature the animals are experiencing. The methods sections of papers are long, boring and detailed so that other people can replicate the experiment exactly. Sometimes they'll mention the housing temperature but not always. It’s hard to know how much the work was impacted by it,” Seeley says. 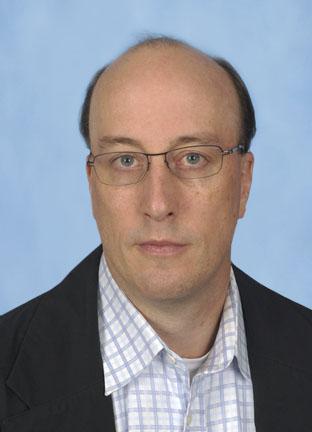