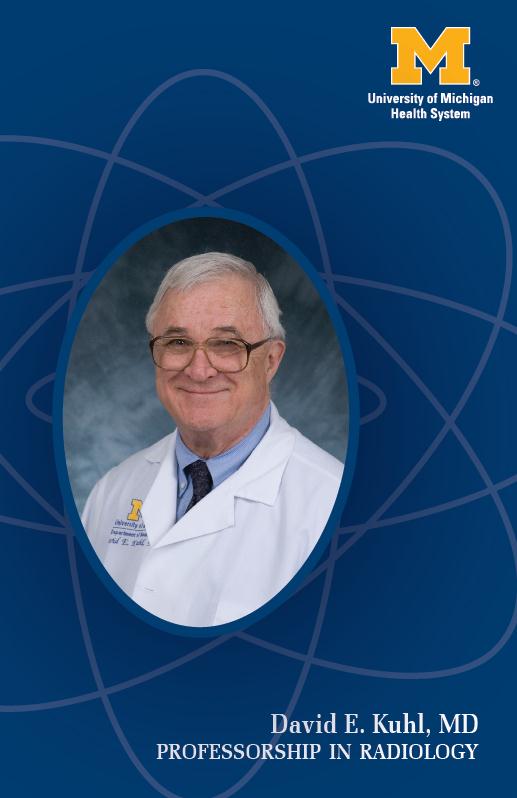 A cornerstone of translational molecular imaging research, and central to the research program of Dr. Kuhl, is The University of Michigan Center for Positron Emission Tomography, including its state-of-the-art Cyclotron/Radiochemistry Laboratories and its research PET scanners. The research facilities house approximately $10M in major equipment, and employ over 25 scientists and support staff members. There are presently more than 30 active clinical PET research projects, including NIH and foundation support of $10M in annual direct costs. These research activities are among the most advanced clinical research protocols at the University, and have great potential to lead to breakthroughs in understanding disease pathophysiology as well as in diagnosis and monitoring of therapy. We are committed to continuing the rich biomedical imaging research heritage at the University of Michigan. Our laboratories and clinical research programs are supported not only by NIH and other competitive extramural sponsors, but also by essential internal sources at Departmental, Medical School and University administrative levels. As the US health care environment evolves, financial pressures that constrain our research enterprise continue to mount. We require new, additional sources of support to remain competitive leaders in translational molecular imaging research. The Kuhl Professorship in Nuclear Medicine is a key component. The Kuhl endowment will be essential to our faculty research programs, including provision of support for maintaining facilities and equipment and meeting other research expenses not obtainable from public research sponsors.

Dr. Kuhl has been recognized for his contributions by numerous professional societies and institutions.

2009 - The Japan Prize, a prestigious international award presented to individuals whose original and outstanding achievements are not only scientifically impressive, but have also served to promote peace and prosperity for all mankind.