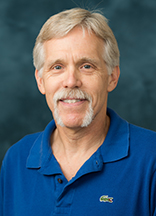 Tim Desmond graduate from SUNY Fredonia with a B.S. in 1980 and a Master’s in Biology in 1982. He joined a lab in the Department of Neurology characterizing Na+ & K+-ATPase in brain using SDS-PAGE and immunoblots. In 1991 he joined the lab of Dr. Kirk Frey studying muscarinic receptors and VMAT2 with receptor autoradiography, a rat model of Parkinson’s Disease with 6-OHDA lesions, and Alzheimer’s Disease with transgenic rats. In 2002 he was recruited by Dr. Michael Kilbourn to perform biding assays and aid with animal studies. In 2009 he became a radiochemist co-responsible for production of clinical doses of [18F]fluorodeoxyglucose.

Throughout her extensive education, Maria has developed chemistry, biochemistry and molecular biology skills. As an undergraduate and graduate student she worked on multiple projects involving understanding of biological processes on the DNA and protein level as well as chemical reasoning behind those events.

With her M.S. under her belt, Maria joined Dr. Peter Scott’s Cyclotron and Radiochemistry group at the University of Michigan in 2012. She became a member of the [18F]FDG team making daily radiopharmaceutical doses for the UM hospital patients. In addition, Maria is involved in a variety of fluorine-18 and carbon-11 research projects. She routinely synthesizes carbon-11 research radiopharmaceuticals and performs their biological evaluation. 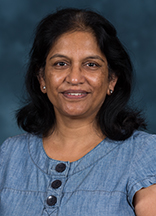 Surekha Patel is from Indore, India. She studied at Indore University where she received first a B.S. in Chemistry, Zoology and Botany and subsequently, an M.S. in Drugs and Pharmaceutical Technical Analysis / Polymer Chemistry. She then moved to the United States in 1990 and worked in the Pharmaceutical Industry before joining the Cyclotron and Radiochemistry group in 1994. Surekha is a production radiochemist who produces [18F]FDG and a range of carbon-11 labeled radiopharmaceuticals.

Louis Tluczek, M.S.
Louis Tluczek is in his 20th year as a radiochemistry production technician. Lou’s time here has spanned immense changes in the field. Lou was very involved in a wide variety of syntheses when agents were hand-made using home built apparatus, now he monitors many of the same syntheses as they are performed using state-of-the-art automated computerized commercial machines. He has been present at the birth of many new agents. Sometimes having had the opportunity to play a pivotal role in their realization as investigational tools in the quest to understand and perhaps eventually cure a wide variety of debilitating ailments. He has especially appreciated the many opportunities to attend seminars in which investigators using the results from his efforts describe in detail their findings gleaned from actual patient studies. 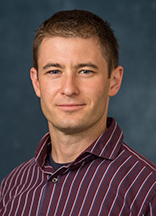 Brian Hockley received his B.Sc. in Chemistry from the University of Western Ontario in 2001. Mr. Hockley then moved to the U.S. to pursue radiopharmaceutical research and development with Dr. Michael Kilbourn and Dr. Scott Snyder at the University of Michigan Medical School with specific interest in radioligand development and clinical translation of research radiopharmaceuticals.

Mr. Hockley has co-authored several articles on [18F]fluoroalkyl derivatives of dihydrotetrabenazine and bezovesamicol for use in imaging the dopaminergic and cholinergic systems, as well as “Solid-Phase Radiochemistry”, a chapter in the Wiley publication “Linker Strategies in Solid-Phase Organic Synthesis”. 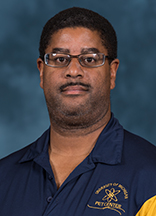 Brad Henderson received his B.S. degree in Chemistry from Eastern Michigan University. Following his degree, Brad worked at Threefoldsensors (Ann Arbor, MI) for 16 years, during which time he was in charge of manufacturing a medical device which is to be used to detect cardiac marks. Brad joined the Cyclotron and Radiochemistry group at the University of Michigan in 2009 where he is a QC chemist responsible for quality control of carbon-11, fluorine-18u and nitrogen-13 labeled radiopharmaceuticals prior to their release to physicians for clinical use.

Charles L. Schneider
Charles Schneider is a Research Laboratory Specialist Intermediate in the Department of Radiology. Mr. Schneider is a QC chemist responsible for quality control of carbon-11, flourine-18 and nitrogen-13 labeled radiopharmaceuticals prior to their release to physicians for clinical use. 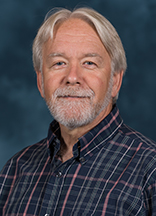 Phillip Sherman graduated from Eastern Michigan University with a B.S. in Biology. He was initially employed at Wayne State University Medical School for 10 years before coming to the Division of Nuclear Medicine at the University of Michigan. Mr. Sherman has directed the pre-clinical research studies that lead to the use of novel radiotracers in humans for diagnostic purposes in certain disease states.

Carole Quesada, B.S.
Carole Quesada attended California State Polytechnic University in Pomona and graduated with a B.S. in Animal Science. She worked at Loma Linda University from 2002-2004, before joining the Cyclotron and Radiochemistry group at the University of Michigan in 2005. Carole is a Licensed Veterinary Technician and is responsible for carrying out small animal PET and SPECT imaging as well as metabolism and biodistribution studies. More ever, Carole is presently being trained as a QC chemist. 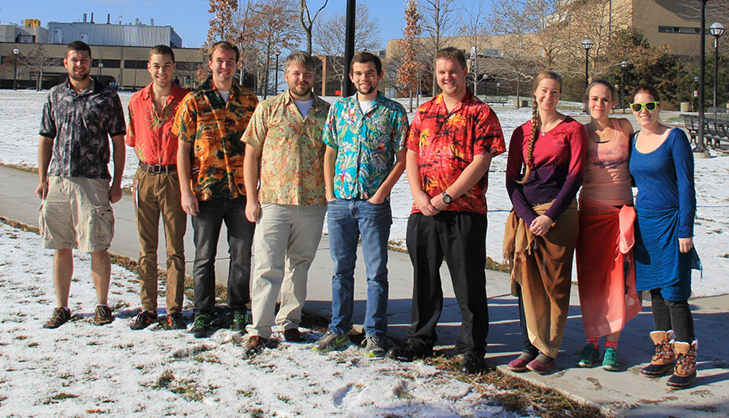