In a recent essay in the AMA Journal of Ethics, Weyinshet Gossa and Michael Fetters discuss the 'tragedy' of global cervical cancer incidence.

Read the original press release from Nicole Fawcett on the MHealth Lab Blog.

As a disease considered preventable in its early stages, researchers from the University of Michigan Department of Family Medicine stress the need to overcome barriers to cervical cancer screening and education in low- and middle-income countries in a new AMA Journal of Ethics article.

That combination has led to a 50% drop in cervical cancer diagnoses in the U.S. from 1975 to 2010. This year, about 13,170 women will be diagnosed, according to the National Cancer Institute. 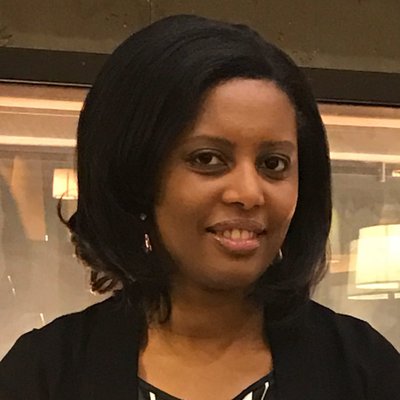 “The current status of cervical cancer in low- and middle-income countries is a tragedy. This is an area that does not get adequate attention and funding,” says Weyinshet Gossa, M.D., M.P.H., assistant professor of family medicine at the Uniformed Services University of the Health Sciences.

Gossa, who was formerly a faculty member at Michigan Medicine, partnered with Michael D. Fetters, M.D., MPH, M.A., professor of family medicine, on a policy article published in the AMA Journal of Ethics that outlines ethical and economic reasons to improve cervical cancer prevention in low- and middle-income countries.

“We felt compelled to bring attention and awareness to the barriers to cervical cancer prevention in these countries,” Fetters says.

“For me there are two issues: one is a history of inequity, both socioeconomic and gender-based; the second is that cervical cancer is both preventable and easily detected in its earliest stages, making this an attractive target for prevention.”

Social and cultural issues at play

While effective vaccines and screenings exist, in many low- and middle-income countries, women aren’t aware of them. There’s also a stigma to cervical cancer: Almost all cervical cancers are caused by HPV, the human papillomavirus, which is a sexually transmitted infection. And while a vaccine can help prevent HPV, vaccines carry their own stigmas, fear and misinformation.

Many nations also grapple with a history of colonialism and entrenched gender inequity, the researchers point out. Women in low- and middle-income countries have less access to education and lower incomes, both factors linked to lower rates of cervical cancer screening and HPV vaccination.

“These barriers can be overcome through engagement and partnership with the community,” Gossa says.

“Conversations about these issues at the community level should be a key starting point. We must identify the needs of the community and come up with solutions together with community members and not impose solutions from the outside.”

HPV vaccination costs about 23 cents per capita in low-income countries, they say. Screening and treatment of precancerous lesions costs 26 cents per capita in these countries. Treating cervical cancer once it develops – which requires trained health professionals, facilities and supplies to provide surgery, radiation therapy and chemotherapy – costs precipitously more.

“Cancer prevention is really inexpensive compared to many upstream interventions like cancer treatment. This is a way to leverage limited resources and achieve a high return on investment,” Fetters says. “It’s an opportunity for organizations and international donors to invest in something that will really make a difference.

The authors, who both have longstanding interests in global health and cancer, say they would like to see international funding agencies and organizations with a commitment to global health work together with leaders from low- and middle-income nations to create fully funded programs and policies promoting cervical cancer prevention.

“We have the means to solve this,” Fetters says. “It’s not a matter of needing more discoveries or better technology. We have the tools to do this now: the ability to prevent it, the technology to detect it and the services needed to treat it. There’s an opportunity for huge success here.”