Dr. Homer Stryker was an orthopedic surgeon, inventor, and businessman, best known for his inventions which revolutionized orthopedic care, bringing comfort to patients and convenience to doctors and hospital staff. Stryker began his studies at the University of Michigan medical school in 1921. Stryker received his graduate degree in 1925 and interned at University Hospital. He later returned to University Hospital in Ann Arbor to do a residency in orthopedic surgery. During his residency, he began working on ways to improve traditional procedures for moving immobile patients, and for making patients more comfortable.

As interest in these products grew, Dr. Stryker started a company in 1941 to produce them. The company's goal was to help patients lead healthier, more active lives through products and services that make surgery and recovery simpler, faster and more effective. Today, Stryker is a global leader in the medical technology industry. Company growth is based on an unparalleled variety of high-quality, innovative products and services that create cost-effective solutions and improve people's lives — which we achieve through the dedication of ourover 15,000 employees worldwide.

The spirit of bringing innovation to healthcare began with Dr. Stryker when he founded the company in 1941 and it continues today. Stryker is well-positioned to continue serving the worldwide medical community for generations to come.

Dr. Badgley received his medical degree at the University of Michigan in 1919, and became interested in orthopaedic surgery owing to Drs. Hugh Cabot and LeRoy Abbott. He was appointed as an instructor of surgery in 1920 and was appointed professor and head of the Section of Orthopaedic Surgery in 1932, an appointment he retained until 1963 when he retired. Dr. Badgley served as surgical consultant to Percy Jones Army Hospital from the beginning of World War II until its closing and was a consultant to the Sixth Army Command as well as to the Veterans Administration. He received a commendation from the US War Department, February 1, 1946, "in appreciation for patriotic service in a position of trust and responsibility … The stimulus of new ideas and of fresh perspective upon military orthopaedic problems which he provided was productive of tangible improvement in the treatment of orthopaedic patients."

Dr. Badgley, devoted to his home state, was active in organizing institutions and organizations within Michigan. These included the Rackham Arthritis Research Unit within the hospital devoted exclusively to arthritis research and the Michigan Crippled Children Commission. He is best known for his work with crippled children, especially congenital dislocation of the hip and nonunion of infected fractures.

Dr. Canfield was a professor and chair of otolaryngology at the University of Michigan. He graduated from the University of Michigan Medical School in 1899. Called to Washington during World War I, Canfield was commissioned as the chief of the Ear, Nose and Throat Section of the base hospital at Camp Custer. When he returned to Ann Arbor after the war, he threw himself once again into his clinical practice, teaching and research. With Albert Furstenberg (M.D. 1915), who would one day become dean of the Medical School, he maintained a large surgical and consulting practice. Canfield was the first to establish a training course for four years of post-graduate work in the Medical School, and young surgeons-to-be sought training with him. His renown as a surgeon grew; patients traveled great distances to be treated by him as he worked to improve the outcomes of ear/nose/throat surgical techniques.

Canfield pioneered in the use of local anesthesia and advanced surgical technique on the septum, nasal sinuses, temporal bone, and larynx. As chair, he focused on undergraduate and graduate education and established a residency program to train specialists in the diagnosis and treatment of ear, nose, and throat conditions.

Dr. Conn received his MD from the University of Michigan Medical School in 1932 and was associated with the University for the duration of his career. He was the director of the Division of Metabolism, Endocrinology & Diabetes and professor of internal medicine since 1950. Dr. Conn's greatest contribution to medicine was the description in 1954 of the new entity called primary aldosteronism (later named the Conn Syndrome). Caused by an adrenal tumor secreting excessive amounts of the adrenal hormone aldosterone, this disorder is one of the few serious hypertensive diseases that can be cured completely by the surgical removal of the adrenal tumor, if it is recognized early enough. He subsequently devised new diagnostic techniques for its early detection. He also pioneered studies exploring the physiology of the pituitary-adrenal system, the mechanism of acclimatization to heat, and the physiology and pathophysiology of the renin-angiotensin-aldosterone system in humans. He contributed significantly to the knowledge of many aspects of diabetes and spontaneous hypoglycemia.

Dr. Fralick graduated from the University of Michigan Medical School in 1927. As a professor and chair of Ophthalmology, he was known to be an outstanding surgeon and teacher. He is most well-known for his development of subspecialty areas in genetics, neuro-ophthalmology, and ophthalmic pathology. 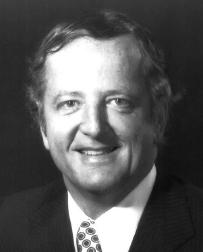 Dr. Grabb graduated from the University of Michigan Medical School in 1953. As a plastic surgeon and professor of surgery at the university, Dr. Grabb directed the Section of Plastic Surgery, performed research on cleft lip and palate, and authored four textbooks, including a concise guide to clinical practice in plastic surgery. Some of the textbooks Dr.Grabb coauthored, include Plastic Surgery — A Concise Guide to Clinical Practice, coauthored by James W. Smith, M.D. This book is regarded as the primary text of plastic surgery for students, interns and residents.

Dr. Kahn graduated from the University of Michigan Medical School in 1924. He was Assistant Professor of Surgery at the University of Michigan Medical School (1929-34); Associate Professor of Surgery, Chief of the Section of Neurosurgery (1949-70). Dr. Kahn was Honored Guest of the Congress of Neurological Surgeons in 1964. He was senior editor of the 1st and 2nd Editions of Correlative Neurosurgery, and published 61 articles on such subjects as: subdural hematomas in infants (in collaboration with Dr. Max Peet, who did the first reported surgical procedure in 1928); anterolateral cordotomy; the clinical importance of retinal venous pulsation, brain abscess; craniopharyngiomas; the treatment of surgical lesions which lead to Korsakoff's syndrome from pressure on the mamillary bodies (in collaboration with Dr. Elizabeth Crosby); and the primary repair of compound skull fractures.

Dr. Miller graduated from the University of Michigan Medical School in 1920. He spent four years as an intern and resident in the Department of Obstetrics and Gynecology at the University of Michigan and was subsequently appointed an assistant professor in the department, the fourth person to achieve that rank. In 1931 he became the chair of the Department of Obstetrics and Gynecology and the Bates Professorship of Diseases of Women and Children. During that time Dr. Miller developed one of the outstanding departments in the United States. He was a founding fellow of the American College of Obstetricians and Gynecologists and served as a member of the editorial board of the journal Obstetrics and Gynecology, which is the official publication of the college. He advanced the surgical treatment of benign and malignant diseases. With Isadore Lampe, he established a gynecologic tumor registry and one of the first tumor conferences in the country. Because of his accomplishments and the honor with which his graduates have held him, the Norman F. Miller Gynecologic Society was founded in 1956 to celebrate his twenty-fifth anniversary as department chair. This society continues into the present and provided the major impetus in the campaign to fund the Norman F. Miller Professorship of Gynecology.

Dr. Mayo graduated from the University of Michigan in 1883. He became a surgeon and later, along with his brother and father, developed the Mayo Clinic in Rochester, Minnesota. Today this clinic is world-renowned and one of the foremost centers for patient care, training and research.

Dr. Lapides graduted from the University of Michigan Medical School in 1941. A well known surgeon and urologist, he later became the chief of the section of urology at U of M in 1968. Dr. Lapides published extensively and concentrated on topics pertaining to bladder physiology and the neuropathic bladder. His greatest contribution was simple but revolutionary development of clean, intermittent catheterization.

Dr. Furstenburg graduated from the University of Michigan Medical School in 1915. He specialized in otolaryngology and became a professor and chair of otolaryngology at U of M. He later became dean of the Medical School at University of Michigan. He contributed to the understanding of the fascial planes of the neck and the neurology of the ears, nose, and larynx. He performed research on Meniere's disease and osteomyelitis of the skull. As dean, he promoted high standards for education, research, and service, and secured major funding from leading philanthropists for new construction and programs.

Dr. Peet graduated from the University of Michigan Medical School in 1910. He was made Professor of Surgery and Chief of Neurosurgery at U of M in 1930. Dr. Peet was world-famous as a technician. His research in neurosurgery was mainly in the clinical field on the craniopharyngiomas, chordotomy, tic douloureux and splanchnic section for hypertension. In 1925, he introduced hypertonic glucose for the control of increased intracranial pressure.

Dr. Van Hoosen graduated from the University of Michigan Medical School in 1888, and was among the first women to graduate from the University of Michigan's medical school. Her professional affiliations included being the first president of the American Medical Women's Association. Additionally, she was the only woman of her time, other than Madam Marie Curie, elected an honorary member of the International Association of Medical Women. Among Dr. Van Hoosen's many accomplishments was publishing the book Petticoat Surgeon, an autobiography. Topics included in the novel are 19th century Michigan farm life, important episodes from her life and career, and her work in women's health.

The Cyrenus G. Darling Sr., M.D., and Cyrenus G. Darling Jr., M.D., Professorship in Surgery was established by David P. Darling to honor his father and grandfather — both alumni of the U-M Medical School — and is a continuation of a nearly 130-year relationship between the Darling Family and the school in learning, teaching and philanthropy.Dr. Darling graduated from the University of Michigan Medical School in 1881. In 1890 he joined the faculty of the Medical School as Assistant to the Professor of Surgery and in 1891 became Lecturer on Oral Pathology and Surgery in the College of Dental Surgery, serving as dean of the University's Dental Department from 1903-1907. He was named as the acting head of the Department of Surgery in 1914, and was one of the founding members of the American College of Surgeons. Outside of his connection with the University, Darling was mayor of the City of Ann Arbor in 1894. In 1911 he was instrumental in founding St. Joseph Mercy Hospital in Ann Arbor.