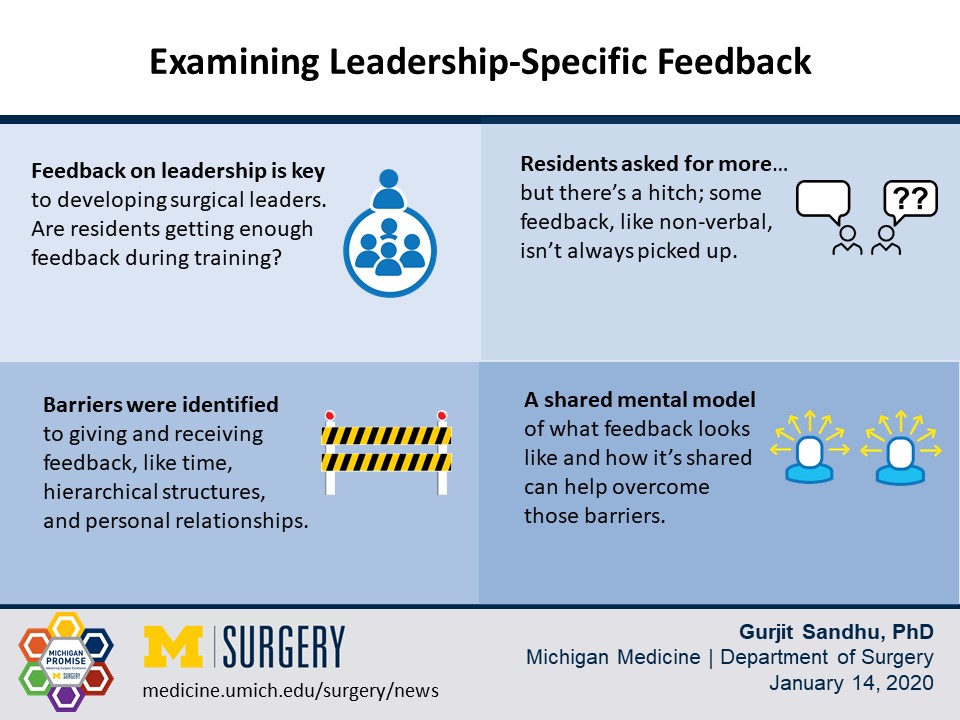 If leadership skills are deemed to be an important trait in the development of surgical residents, how does one assess proficiency in leadership? And, if feedback is the primary way residents know whether they’re developing as leaders, are they are getting enough of it?

That’s what Joceline Vu MD (PGY4), Calista Harbaugh MD (PGY4), Gurjit Sandhu PhD, Associate Professor, and their colleagues in the Department of Surgery at the University of Michigan, explored with a qualitative study involving 18 surgical residents.

“The whole study was a surprise. We weren’t expecting to see this relationship between leadership and feedback,” Sandhu said.

While leadership development is emphasized for surgical residents and feedback is an essential part of surgical training generally, the two hadn’t been linked.

The findings gleaned from the study’s data, gathered from semi-structured interviews, led the team to conclude that surgical residents weren’t getting enough feedback on their leadership skills—or at least they didn’t recognize the feedback as such.

Simultaneously, faculty thought they were providing a lot of feedback. At times, it was as if the cohorts were speaking different languages; residents didn’t always pick up on things like non-verbal cues that were, in fact, feedback.

An earlier study captured the crossing of faculty-resident feedback wires in action.

“We taped a faculty and a resident performing a case. Then, the other general surgery faculty and residents looked at the video and timestamped it when they heard feedback. Faculty identified feedback more frequently than residents. There’s a misalignment in what feedback is,” Sandhu said.

The disconnect was eye-opening.

That perception gap reinforces the need for a more formal structure around leadership-specific feedback, a need stated in interviews with residents.

Helping people align their self-perception with how people see them is useful to developing their leadership skills and their clinical skills, Sandhu said.

Why the focus on leadership in the first place? There are practical reasons to build better leaders among surgeons. It’s been shown that healthcare systems led by medical professionals are more effective.

Not all surgeons will lead healthcare systems, but Sandhu points out that leadership skills are important in the context of everyday care. Clinicians with strong interpersonal skills see better compliance from patients, for example.

“We suspect that there is a relationship to how you treat your patients and how they comply with what you tell them to do. If you are effective in your leadership of a team, the team is more cohesive in the patient care,” Sandhu said.

Identifying barriers, finding ways around them

The study found barriers to giving and receiving peer feedback, some structural and some personal. Residents cited time, opportunity, hierarchical processes, and preserving relationships as contributing to the challenges.

Sandhu said having a shared mental model of what feedback is, how it looks and sounds, and how it should be delivered can help overcome those barriers.

There’s irony in a study about feedback generating feedback, and Sandhu said that even though some it was critical of how the institution operates, the findings were a gift.

“I think the way we heard it was that it’s a blind spot. The institution does a lot of things well and when we ask the question we should be prepared for the response. It is then a call to action to respond in a way that’s appropriate. We went looking for this,” Sandhu said. 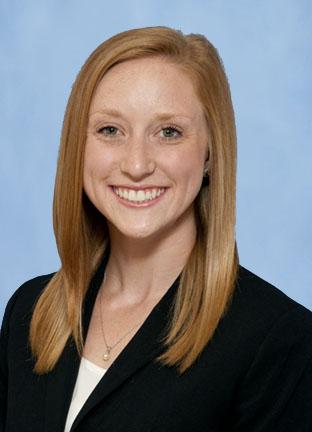 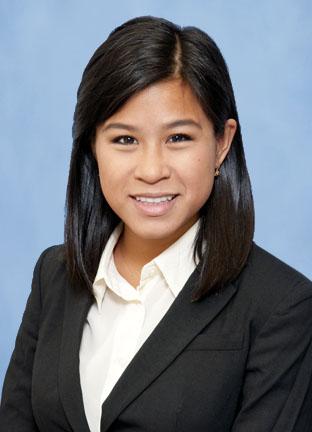 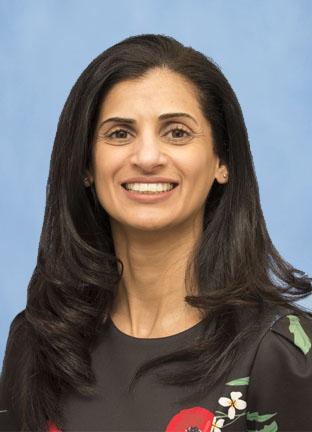