It takes drive to be a surgeon. It takes a village to be mother, too. Dr. Sarah Shubeck and her husband, Stephen Shubeck, at home with their daughter.  (Photo by Erin Kirkland. Used with permission.)

How does Dr. Sarah Shubeck do it all: Manage a career in surgery, raise a toddler, and find time to eat and sleep?

If it seems impossible to accomplish on her own, it’s because it is. Shubeck credits a robust support system for helping her achieve the career-family balance she wants.

“No one is doing it alone,” she said.

The chief resident in general surgery was recently featured in a New York Times story about female surgeons managing motherhood and their careers. Shubeck, who was instrumental in crafting a policy around lactating surgery residents at Michigan Medicine, said a nurturing department culture, a supportive spouse, and highly engaged parents were key to her success.

That doesn’t mean the road has been easy, but she’s working to make it easier. She’s helped smooth the way for future resident-parents who will join the department after she graduates. Shubeck starts her fellowship at Memorial Sloan Kettering Cancer Center in July.

Forging an identity and a career

Still, she kept her cards close to the vest initially when it came to professional conversations.

“I thought if I disclosed I wanted to be a mom, people wouldn’t take me seriously as a surgical applicant,” Shubeck said.

Her fears were justified: During some residency interviews, she was asked about her marital status and plans to have children.

Shubeck decided to be up front with who she was and what her priorities were and hope she found a fit. While in medical school at the University of Michigan, Dr. Justin Dimick (now the chair of the Department of Surgery) and Dr. Sandra Wong (a former professor of surgery at Michigan Medicine and now the chair of surgery Dartmouth-Hitchcock and the Geisel School of Medicine at Dartmouth) proved supportive mentors and she knew she could make it work at Michigan Medicine.

While she knew she’d find support in her residency program, Shubeck had to reckon with the fact that something would have to give when her daughter, now 3, came along.

Her own mother stayed home with her until she was 14 years old, and her father was a fixture at every basketball game she played.

In a way, Shubeck is recreating the experience she had. Her parents, who live in Kalamazoo, are in Ann Arbor four days a week to help raise her daughter. It’s a team sport, Shubeck says, and one that involves cooperation and sacrifices all around.

“My daughter is being raised by four people who love her right now and it’s great.”

Codifying a change rooted in a health issue

When Shubeck returned from her maternity leave, she realized lactating surgical residents might be making a sacrifice that they shouldn’t have to: Not breastfeeding or not expressing breast milk because of real or perceived barriers. Convinced that a woman, not her job, should determine whether or not she breastfed, she saw an opportunity to frame an equity issue within a health context to build a supportive framework.

“I think of lactation as a kind of marker of success for workplace equity around child bearing,” Shubeck said.

That’s because so many things, physical and environmental, have to go right in order for a woman to return to work and continue to lactate and breastfeed.

It’s common for surgeries to last eight hours, and a nursing mother not expressing milk for that amount of time can experience mastitis, breast engorgement, and drop in supply. Those real physical issues can distract them or exclude them from fully participating in surgeries. Part of the guidelines Shubeck crafted, with the guidance of co-resident Arielle Kanters and Dr. Megan Pesch, address breaking from surgeries to express breast milk.

Leaving a surgery to deal with lactation might sound extreme—until you consider that an eight-hour surgery isn’t usually a continuous stream of critical activities.

“There are lots of times in operations when there are not critical, life-changing things going on. There are pauses, times where things are slower, setup time that not every single person has to be a part of,” Shubeck said, noting that patients will always come first. The guidelines state that residents will not leave patients during critical activities. 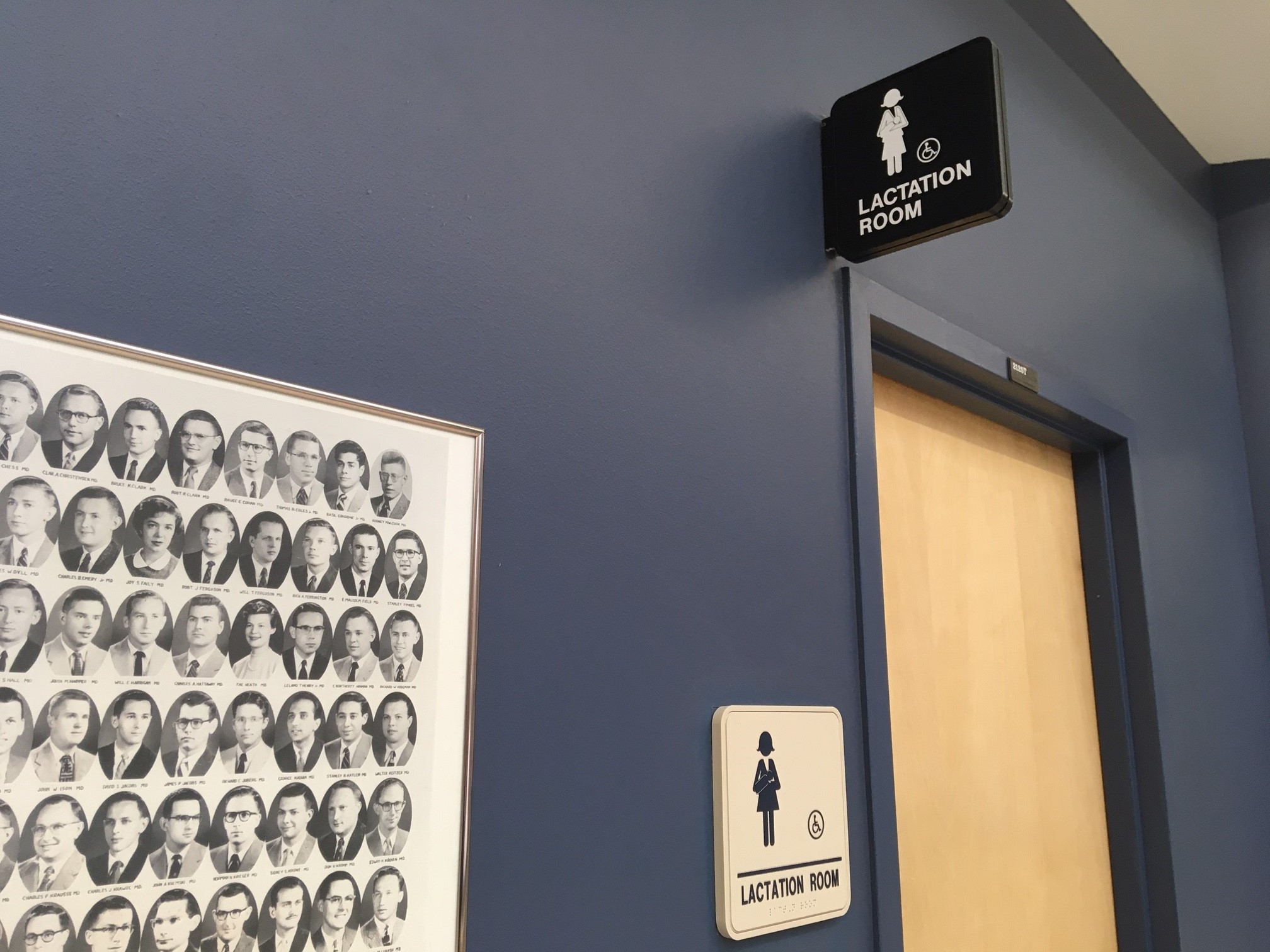 A lactation room at Michigan Medicine.

It was key to get buy-in was present at all levels and across genders, and Shubeck was heartened to see attending surgeons step up to offer suggestions for coverage for residents who might need to step away while working. The involvement of male colleagues meant they’d not feel excluded or unwelcome.

Those who have not experienced it may not fully understand the challenges a breastfeeding surgeon faces, “But they can certainly be sympathetic to the fact that if you cannot fulfill some health need you’re putting your health at risk,” Shubeck said.

Talking about breastfeeding is uncomfortable, even in a hospital

Shubeck is pursuing breast surgical oncology because she likes taking care of women. As part of that care, she says the conversation about lactation is integral—and that the conversation doesn’t happen enough in medicine.

“Breasts do things besides get cancer. They have a function. They have a role and I think that it’s an important conversation I’ll have with my high-risk young patients before they’re child bearing: Whether or not they want to have surgery because it might compromise their ability to lactate later,” Shubeck said.

Being a face of change is scary, weird, and awesome

Déjà vu struck when Shubeck spoke to The New York Times. Just as she hesitated to share her aspirations of motherhood as a surgical applicant, she found it scary to disclose her career and parental status so publicly.

She’s glad she did, even though she experienced “Raging impostor syndrome” when the article came out.

If the spotlight was a bit uncomfortable, it came with a huge highlight, Shubeck said.

“I got to call my mom and say, ‘Thanks for being intensively supportive. Look mom, I’m a mom who’s a surgeon and I’m in the New York Times.’ She fell apart crying at Meijer.”

There have been fist-bumps via email from fellow female clinicians telling her to keep up the fight. And heart-wrenching emails from others saying they wish they could approach their leadership about their motherhood-work struggles and asking how she got the strength and the courage.

And then there’s the face of change closest to home: Her daughter.

Shubeck recalled seeing a male co-resident at Trader Joe’s a while ago. As the colleagues parted, she told her daughter that he was a doctor, too. The reply from the little seat at the front of the grocery cart came:

“Men can be doctors?” 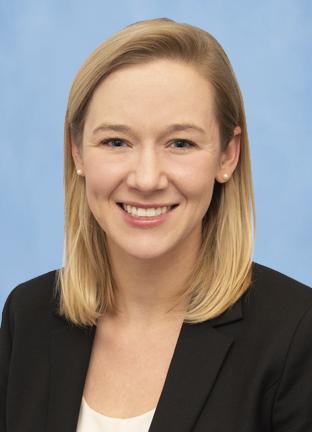