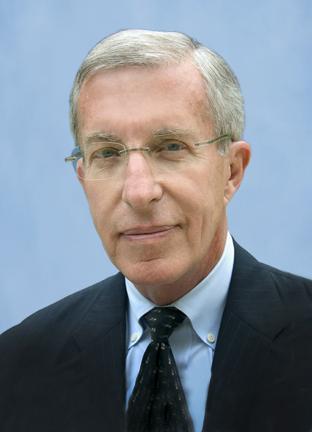 Career
Lazar J. Greenfield is an honors graduate of Baylor College of Medicine in 1958 and completed his surgical training at the Johns Hopkins Hospital. He began his academic career as Assistant Professor of Surgery at the University of Oklahoma Medical Center and rapidly ascended the ladder to Professor of Surgery in 1971. After a successful 13 year appointment as Stuart McGuire Professor and Chair at the Medical College of Virginia, he was appointed as the F.A. Coller Distinguished Professor of Surgery and Chairman of the Department of Surgery at the University of Michigan. After 15 years as Chair, he retired from that responsibility in 2004 to devote his efforts to research and teaching.

Accomplishments
Dr. Greenfield is best known for his development of an intracaval filter device to prevent pulmonary embolism that bears his name. He is a nationally and internationally recognized expert in vascular surgery and lectures sxtensively in the U.S. and abroad. He has been highly productive having authored more than 360 scientific articles in peer- reviewed journals, 128 book chapters as well as 2 textbooks. He has served on the Editorial Board of 15 scientific journals and on an NIH Study Section. He is a Fellow of the American College of Surgeons and has served on the Board of Governors, the Advisory Council for Vascular Surgery and as 1st Vice President. He has been elected President of the American Surgical Association, the American Venous Forum, American Association of Vascular Surgery and the Halsted Society. In 1995, Dr. Greenfield was elected to the Institute of Medicine of the National Academy of Science. In 1996, he was designated a Johns Hopkins Society Scholar and in 1999 he received the Rice University Distinguished Alumnus Award.

Current Activities
Dr. Greenfield has been appointed Editor-in-chief of the monthly newsletter, Surgery News, to be sponsored by the American College of Surgeons, Associate Editor of the new ACS Web Portal currently under development, and consultant to the Center for Medical Devices and Radiological Health of the FDA.