Teaching via tweet: Micro-lessons on writing scientific papers take off

Different platforms can give new life to lessons. 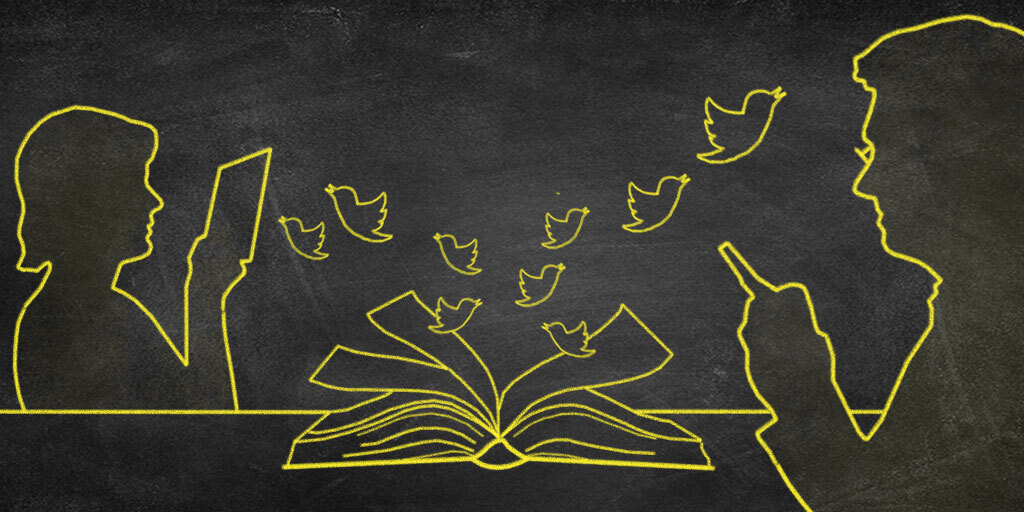 If the reactions to a tweet from Andrew Ibrahim, M.D., M.Sc., are any guide, people really want help with writing effective journal manuscripts.

“How to write a scientific paper in four slides,” the tweet reads, with a link to a complete guide and a lecture-style video. Four illustrated slides provide a visual reference. Since Ibrahim sent the tweet, it’s received nearly 1,600 likes, and been retweeted more than 600 times.

The tweet was the smallest lesson in an academic version of stacking dolls; it pulled from a chapter that Ibrahim, an assistant professor of surgery at Michigan Medicine, co-wrote with Department of Surgery Chair Justin Dimick, M.D., M.P.H., for Medical and Scientific Publishing. The chapter Dimick and Ibrahim contributed focused on the art and science of writing.

The journey to the book chapter and subsequent tweet started with a seminal paper written in 1999 by H. Gil Welch, M.D., a health care policy scholar then at Dartmouth University. The paper on preparing a manuscript for publication for submission, and the tips were quickly adopted by members of the Center for Healthcare Outcomes & Policy (CHOP) at Michigan Medicine.

“It became the gospel here about how to write research papers. People here evolved it, and it soon became the CHOP way of writing,” Ibrahim said. At the time, Dimick was Ibrahim’s mentor at CHOP.

Michael Englesbe, M.D., a professor of surgery at Michigan Medicine, tapped Dimick and Ibrahim for their knowledge when co-editing Medical and Scientific Publishing in 2018. The mentor-mentee duo codified the lessons they’d adapted from Welch’s paper and packaged them up in for a chapter—a mini class in a larger masterclass.

The chapter broke down the key elements of a manuscript, from abstract to tables and figures, and shared pearls for making each element sing. The guide isn’t a rigid set of rules, but a framework for success based on years of collective publishing experience.

“We joked we’re not prescriptive about writing, but the introduction of a manuscript can’t be two paragraphs because that’s too short…and four is too long,” Ibrahim said.

There are certain structural and practical tricks that make a scientific paper more effective and more likely to get a closer read.

One of those things is writing in parallel structure, addressing points in the same order they’re introduced for ease of reading. That point was reinforced in CHOP meetings during group reviews of papers. Ibrahim recalled a session where someone was struggling to get through a paper as written without being able to identify the problem. Dimick pointed out it wasn’t in parallel structure, which left a reader to feel like they were stumbling around from cost to quality and back again. A later paper the group reviewed was easier to read despite having weaker findings.

“It occurred to me that this was one of the secret handshakes. If you don’t write in parallel structure it’s harder to follow your work,” Ibrahim said.

The chapter evolved to include other such secret handshakes, like understanding how to write strong limitations sections. The way a project’s limitations are framed can make the difference between undermining the work and bolstering it. Ibrahim cited a limitation around Medicare claims data he frequently encounters in his own work.

“We often use Medicare claims data, which is usually only people 65 or older, but in the health care data space there are very few data sets that give you the entire country. Although it is limited in its age group, it’s the most geographically representative dataset,” Ibrahim said.

Offsetting the age limitation with the geographic comprehensiveness, Ibrahim explained, shows that the writer isn’t hiding anything and has taken the limitations into account.

Some tips are really just about putting in the work. The call to “know thy mentor” is about consuming as much work as possible by people doing similar research—usually a mentor. Familiarity with how mentors structure their research and state their methods will help make a mentees’ methods and work stronger, according to Ibrahim.

“Subconsciously you pick up on a lot of these secret handshakes of conventions or norms. I read a bunch of papers, but, if you asked me to write from a trauma registry or a transplant database, I wouldn't know how to write the methods section until I read a bunch of their papers,” Ibrahim said.

Another handshake, according to Ibrahim? Neglect the abstract at your peril. A weak abstract increases the chances of an editor moving a paper aside, no matter how strong the work.

“I used to write the abstract the night before as a last-minute thing, and looking back I'm embarrassed because it’s super valuable,” Ibrahim said.

Ibrahim emphasized that the abstract has to stand alone, and that the conclusion must line up with it. There’s an art to getting readers invested without overstating the results, he said.

“People get a little excited about their work and overstate it. That’s a red flag and it makes editors wonder whether they are biased in their work,” Ibrahim said.

Simplifying and sharing the lessons

Ibrahim thought readers of the book would benefit from a snappy summary of the key ideas in the chapter, so he decided to include visual abstracts. Visual abstracts had become a popular way of summarizing papers, and Ibrahim had helped make the method popular in academic surgery.

“It is basically a summary of the key ideas. It’s not a substitute for reading the whole thing but it gives you the core tools and then you can read the corresponding chapter,” Ibrahim said.

Those key ideas resonated on Twitter and the tweet spread like a good paper. People working in public health, anesthesia and gastroenterology shared it widely. It was adopted in full lectures at UCSF.

Some of the ideas, like the idea of writing an abstract to get at a research question, stirred debate. The idea is to write an abstract with placeholders for numbers and assume different options to see whether a question might yield interesting results—and therefore a story worth telling.

“I found that if I asked, ‘If the numbers come out in any of these directions, is it worth three or six months of our time?’ was helpful to weed out some projects that sounded good but weren’t so interesting when you got under the hood,” Ibrahim said.

Ibrahim got some pushback on that idea as well as the notion that papers could get rejected at the abstract level. He said it reflected a difference between the clinical and basic science worlds. Clinical journals, especially since the COVID-19 pandemic hit, have been fielding a flood of submissions and may reject papers more readily.

“I had to add the caveat that’s my experience with clinical journals. Some basic scientists may publish a couple papers a year, but there are seminal works. The idea that a journal is tossing a paper out at the abstract level is perhaps not accurate. I think that was a little blind spot on my end because I don't work in the basic science world,” Ibrahim said.

And there, the lessons come full circle. 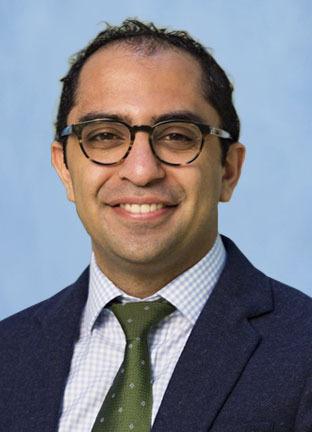