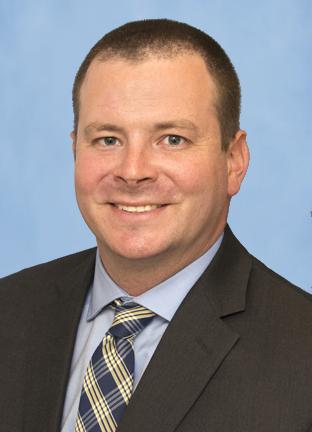 Dr. Anders (AJ) Davidson is the current senior fellow of Vascular Surgery at University of Michigan. He was born in Canby, Minnesota and grew up in southwest Minnesota until graduation from Tracy, Minnesota. He attended Augustana University in Sioux Falls, South Dakota as an undergrad where he obtained his Bachelor’s of Arts in Biology and Philosophy. While an undergrad he was a wide receiver and letter winner for their football team. Upon completion of undergrad he took a Health Professional Scholarship from the US Air Force and commissioned as a second lieutenant. He then completed his medical school education at Creighton University and then attended University of California Davis for his general surgery training. For his research time during his training, he completed a Master’s of Advanced Study in Clinical and Translational Research focusing on the use of REBOA and open deployment of endografts for trauma. He helped study the physiology of aortic occlusion in hemorrhagic shock as well as participated in the use and evaluation of new devices for use in trauma. This experience cemented his interest in Vascular injury and trauma, and in particular the use of endovascular trauma management.

In terms of military service, he continues to serve on Active Duty with the Air Force, and has obtained the rank of Major. He has also completed a Master’s of Science in Military Operational Art and has received a number of grants, awards, and decorations for his research into battlefield injury. During his fellowship, he hopes to further develop an advanced vascular skill set in both open and endovascular surgeries and to bring those lessons to the battlefield. He also has a strong interest in teaching and graduate medical education.