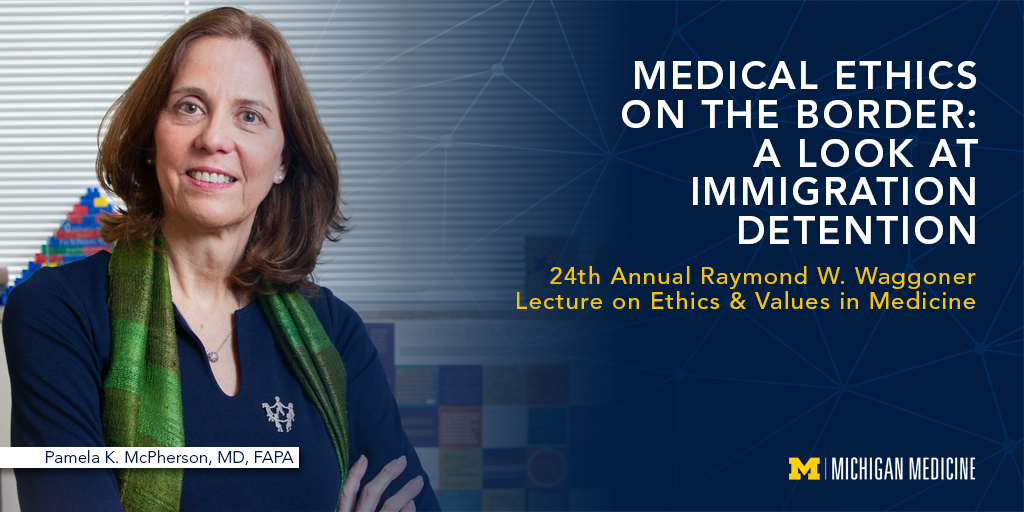 The 24th Annual Waggoner lecture will take place on Wednesday, November 13th from 4:00 - 5:30 PM at the Ford Auditorium.

In 1996, The Department of Psychiatry at the University of Michigan established the Raymond W. Waggoner Lectureship on Ethics and Values in Medicine. This lectureship was created in honor of the late Dr. Waggoner, emeritus professor and past chairman of the department of psychiatry, who throughout his career and to all who knew him, has exemplified the highest standards of integrity and ethics.

The esteemed lectureship is annual event to recognize Dr. Waggoner’s enormous contributions to the University of Michigan medical center and to the profession, and to promulgate his interest in medical ethics.

Through this endowed lectureship, the department brings national/internationally experts to explore cutting-edge issues related to ethics and values in medicine.

In a tribute to Dr. Waggoner, Dr. John Greden, Executive Director of the University of Michigan Comprehensive Depression Center, noted that Dr. Waggoner’s department contained “a healthy eclecticism, diversity and vibrancy, excellent clinical services, and scholarly teaching and research. Clearly, Dr. Waggoner has helped to establish the Michigan tradition of excellence that we proudly inherit and build upon.” Ray was a jet setter before jets, a mover and shaker at home and abroad.