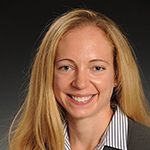 Alexandra Audu grew up in Iowa City, IA and Wellesley, MA. As an undergraduate, she studied religion and ran competitively at Middlebury College in Vermont. She earned her M.D. from Geisel School of Medicine at Dartmouth in 2016 and completed an intern year in psychiatry at Dartmouth before transferring to the University of Michigan Psychiatry Residency Program as a PGY-2 resident. She served as a chief resident during her final year of residency at the University of Michigan prior to fellowship in forensic psychiatry. Her professional interests include medical ethics and correctional psychiatry. Outside of medicine, she enjoys exploring parks and trails in the Ann Arbor area with her surgical resident husband and their two young children. 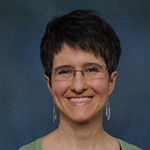 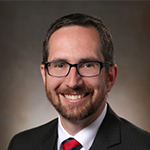 Subsequently, he practiced consumer protection and personal injury law through 2006 before moving to Japan for four years.

After his return to the United States, Dr. Morgan earned his Doctor of Osteopathic Medicine from Pacific Northwest University of Health Sciences in Yakima, Washington. Upon completing medical school, he moved to Michigan, where he completed his general psychiatry residency through Michigan State University at Pine Rest Christian Mental Health Services in Grand Rapids. He passed his psychiatry boards in 2020 and is in the process of completing his Forensic Psychiatry fellowship through the University of Michigan at the Center for Forensic Psychiatry.

Throughout nearly all his education and professional practice, Dr. Morgan has been active in leadership. He served in positions not only with his educational institutions, but also with the Washington State Association of Justice, the Council of Osteopathic Student Government Presidents, and the Michigan Psychiatric Society. He even served as a delegate for Washington Osteopathic Medical Association to the American Osteopathic Association’s House of Delegates in 2013. Dr. Morgan intends to remain in Michigan after his training to focus his practice on outpatient general psychiatry and civil forensic psychiatry. In his spare time, Dr. Morgan enjoys reading, cycling, running, guitar, and playing both board and video games; performing volunteer work through his church; and spending time with his family and Boston Terrier, Jasper.