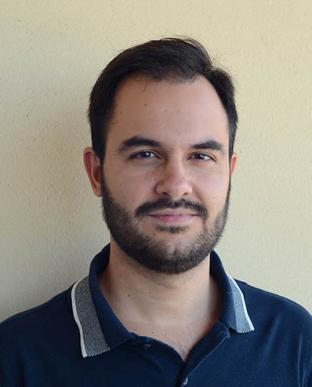 My research has been defined by a pursuit of neuroscience across multiple circumstances and institutions. I constructed a background in biology (BSc), experimental psychology (MSc), and in vivo electrophysiology (PhD and first postdoc), mostly at the University of Sao Paulo at Ribeirao Preto, Brazil, including a one-year postdoctoral trainee period at the University of Pittsburgh. In my first scientific steps (BSc and MSc, 2005-2008; mentorship: Jose Lino Bueno), I studied the ability of rats to discriminate time intervals, which resulted in my first publications. Then I moved on to in vivo electrophysiology in anesthetized rats (PhD, 2008-2012; mentorship: Rodrigo Romcy-Pereira). During that period, I examined prefrontal cortical synaptic plasticity in states of low vs. high cholinergic transmission and discussed the results in light of memory consolidation and its dependency on brain states. For my first postdoc (2012-2018), I expanded my electrophysiology capabilities toward chronic single-neuron recordings in rats to increase the mechanistic explanatory power of my experiments. I did this by mediating an international collaboration between two laboratories (Drs. Joao Leite in Brazil and Bita Moghaddam in the US). During that period, I first-authored articles on oscillatory markers of nicotine sensitization, and on plastic interactions within hippocampal-prefrontal-thalamic circuits. Additional outputs of my first postdoc include first- and last-authored review articles, and co-mentorship in studies on animal models of depression and psychiatric comorbidities of temporal lobe epilepsy.

I am currently working in Dr. Brendon Watson's laboratory in the Department of Psychiatry. I am currently pursuing 3 studies, each with promising initial findings. First, we examined the effects of learning and motivational state on the computational aspects of the cortical layers and have found that motivational state alters cortical function. Second, we discovered that REM sleep has a novel minutes-timescale physiological rhythm in mice that governs the frequency of rapid eye movements. We have then discovered that this mouse finding extends to humans. Finally, given the importance of social interactions in mental health, we have begun to use prairie voles, a well-established rodent model for studying social interactions together with Dr. Miranda Lim at Oregon Health and Science University. This study is in early stages, but we have already developed a new behavioral quantification pipeline to demonstrate that early-life sleep deprivation in voles reduces social interactions in adults. We will integrate mechanistic electrophysiology with this work over the next years.These projects will continue long term even after publications on our initial findings. Potential avenues include studying laminar neocortical computation during abnormal motivation states in mice, comparing healthy vs. psychiatric participants in terms of the minute-scale REM rhythms we recently found, and rescuing abnormal social behavior in sleep-deprived prairie voles using deep brain stimulation. In conjunction with the developments above, I have continued to expand my skill set, including functional imaging-guided implantation of silicon probes, head-fixed tracking of pupil, whisker, and wheel activity, overhead tracking of social interactions, video processing/analysis and 3D modeling/printing. I hope to keep applying these skills at Michigan Medicine not only toward publications but also grant applications, education of younger people and collaboration between laboratories.