Gregory W. Dalack, M.D., Chair of the U-M Department of Psychiatry Named as Treasurer of the American Psychiatric Association

Gregory W. Dalack, M.D., chair of the University of Michigan Department of Psychiatry was recently elected Treasurer of the American Psychiatric Association (APA).

As Treasurer, Dr. Dalack will join the APA Executive Leadership team, working closely with the APA’s Chief Financial Officer. He will regularly present financial reports to the APA Board of Trustees and APA Assembly. He will chair the Audit Committee and be an ex-officio member of the Investment Oversight Committee, and Finance and Budget Committee. 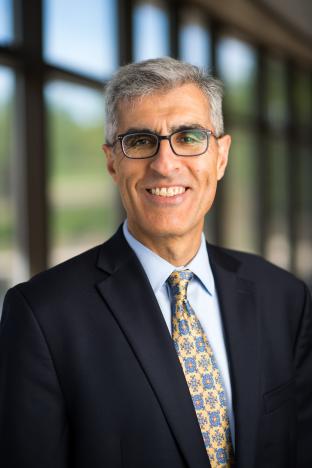 “I am looking forward to serving the APA and its members in this leadership role,” said Gregory W. Dalack, M.D. “I have been a member of the APA since year I was a third year medical student and I have certainly benefited from the educational, advocacy and networking opportunities it provides. I am excited to be able to give back in this way and participate in the APA’s work to support psychiatrists in the face of a rapidly changing landscape for our patients, their families and our field.”

Dr. Dalack has had research interests in the treatment of chronic and persistent mental illnesses, particularly focusing on schizophrenia. He has conducted studies examining nicotine addiction and smoking cessation interventions in schizophrenia, health behaviors in schizophrenia, and metabolic effects of second-generation antipsychotic medications in severe mental illness. Over the past six years, he has also become involved in developing collaborative care programs to provide psychiatric and behavioral health expertise within primary care clinics at Michigan Medicine, his local community and across the State of Michigan.

Dr. Dalack has been chair of the U-M Department of Psychiatry since 2010. Dr. Dalack came to U-M in 1992 and served in a variety of leadership roles in the Mental Health Service at the VA Ann Arbor Healthcare System through 2005. From 2005-2016, he was associate chair for education and academic affairs for the department, from 2006-2007, he was vice chair of the department, then served as interim chair until his appointment as chair in 2010.

Learn more about Dr. Dalack here or about the APA elections here.