These Drugs Carry Risks and May Not Help, But Many Dementia Patients Get Them Anyway

From opioids and antipsychotics to antidepressants and anxiety medicines, study looks at prescriptions among community-dwelling older adults with dementia 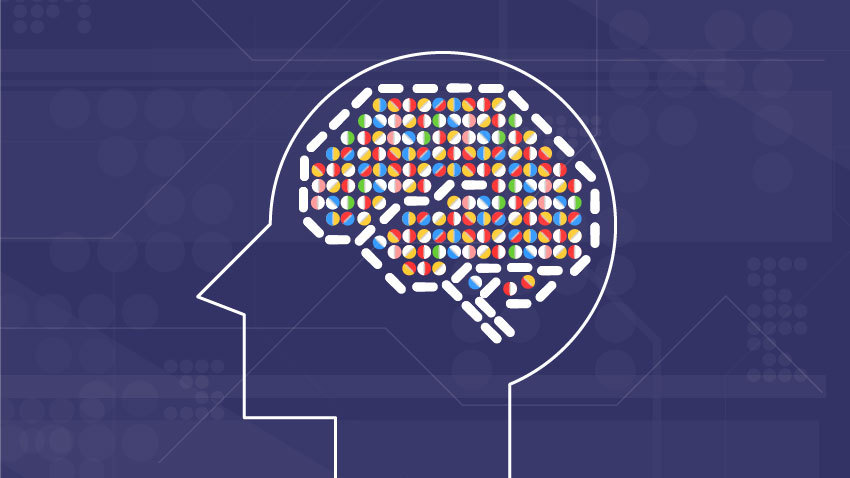 Nearly three-quarters of older adults with dementia have filled prescriptions for medicines that act on their brain and nervous system, but aren’t designed for dementia, a new study shows.

That’s despite the special risks that such drugs carry for older adults – and the lack of evidence that they actually ease dementia-related behavior problems that often prompt a doctor’s prescription to patients with Alzheimer’s disease and related disorders. In fact, some of the drugs have been linked to worse cognitive symptoms in older adults.

The study looks at several classes of psychoactive drugs, including ones that the federal government has actively encouraged nursing homes to limit using in residents with dementia. The new study suggests a need to reduce prescribing to people living at home with dementia, too.

In all, 73.5% of the study’s community-based population filled at least one prescription for an antidepressant, opioid painkiller, epilepsy drug, anxiety medication or antipsychotic drug in a one-year period, according to Medicare prescription records.

The percentages generally were even higher among women, non-Hispanic white patients, people in their late 60s and early 70s and those with low incomes. The study is published in the journal JAMA and based on data from 737,839 people with dementia, and is the first large scale study of prescription-filling patterns for psychoactive medications outside of nursing homes and other long-term care facilities. Nearly half of those in the study received an antidepressant, which might be prescribed to try to counteract the withdrawal and apathy often seen in dementia, says lead author Donovan Maust, M.D., M.S., a geriatric psychiatrist at the University of Michigan and VA Ann Arbor Healthcare System. Unfortunately, antidepressants don’t treat this aspect of dementia, he says. Even so, the study shows antidepressant prescribing at nearly triple the rate for older adults overall.

Meanwhile, for each of the other drug types studied, nearly a quarter of the adults with dementia filled at least one prescription.

“As a nation we have a goal of keeping dementia patients living in the community as much as possible. But the use of these medications appears to be as high for them as it is for those who are in nursing homes,” says Maust, who specializes in helping patients with dementia-related behavioral issues at Michigan Medicine, U-M’s academic medical center. “Clinicians and caregivers may need more support to provide non-drug based approaches to prevent or address the symptoms that these medications are probably being prescribed for.”

None of the drug classes studied has received U.S. Food and Drug Administration approval for use in dementia, and Maust says that evidence for their off-label use is slim.

But all of the drugs are associated with special risks to people in their 60s and older, including falls or dependence that could lead to withdrawal. Most are included on the list known as the Beers criteria, which identifies medications with extra risks for all older adults, not just those with dementia.

While there is limited evidence that antidepressants help people with dementia, Maust notes that someone who had depression before they developed dementia might benefit from staying on a drug that worked for them in the past.

"Clinicians and caregivers may need more support to provide non-drug based approaches to prevent or address the symptoms that these medications are probably being prescribed for."
Donovan Maust, M.D., M.S.

And while there is little evidence of benefit, all these medications have side effects. For example, some people starting a new antidepressant can experience nausea or feel a little “jittery.” Unfortunately, a person with dementia might have difficulty articulating such side effects to the loved one who takes care of them. Instead, they may appear more agitated – leading to another prescription medication to calm them.

While the current study doesn’t look at polypharmacy – the use of multiple psychoactive drugs by the same patient – Maust is exploring this issue further in the Medicare data.

Maust notes that, of the 29% who received opioids, they most often filled just one or two short-term prescriptions, which may indicate treatment of an injury or acute pain.

But those receiving other drugs tended to fill multiple prescriptions in the year that Maust and his colleagues studied. This included epilepsy drugs that are sometimes prescribed as substitutes for antipsychotic drugs, or to treat chronic pain.

Taking these drugs for months on end is especially risky, says Maust. “A brain that has dementia is doing its best to function as well as it can,” he explains. “If we add a psychotropic medication into the mix it may not be a helpful thing – and it comes with risks.”

One bright spot in the data, Maust says, is that only one in five of the dementia patients studied had filled a prescription for an antipsychotic medicine such as Abilify, Seroquel or Risperdal. Because of the safety risks associated with antipsychotics, they have received a lot of regulatory attention and professional guidelines such as the “Choosing Wisely” for physicians urge caution.

On the other hand, this class of drugs has more evidence than the others that it actually helps some patients with behavioral problems such as aggression. “So it is worrisome that all the other classes — which have less evidence of benefit — are all prescribed more widely,” says Maust.

In addition to helping caregivers and clinicians understand both the lack of evidence and the elevated risks that come with psychoactive medications, and to learn the non-drug caregiving strategies they can use to reduce behavioral issues in the person they’re caring for, Maust notes they may just need better education about the disease itself.

Accessing support services through local, state and federal agencies, including Area Agency on Aging programs, and nonprofits such as the Alzheimer’s Association and AARP, could help caregivers too, he says.

“Apathy and withdrawal, and a tendency to get agitated, are common symptoms of dementia,” he says. “And as much as health care providers want to help these patients and their family caregivers, these medications are just not helpful enough to justify this amount of prescribing.”

The study was funded by the national Institute on Aging (AG056407). In addition to Maust, the study’s authors are U-M’s Julie Strominger, M.S., Julie Bynum, M.D., Kenneth Langa, M.D., Ph.D., Lauren Gerlach, D.O., M.S., Kara Zivin, Ph.D., and Steven Marcus, Ph.D., of the University of Pennsylvania. Maust, Langa and Zivin are members of the VA Center for Clinical Management Research; they and Bynum and Gerlach are members of the U-M Institute for Healthcare Policy and Innovation.

Paper cited: "Prevalence of Psychotropic and Opioid Prescription Fills Among Community-Dwelling Older Adults With Dementia in the US," JAMA Network. DOI: 10.1001/jama.2020.8519

View this article on the Michigan Health Lab website.