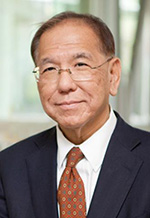 Welcome to the University of Michigan Center for Gastrointestinal Research (UMCGR). We are a group of investigators with diverse research goals but a common thread of interest unites our laboratories through a focus on the biochemistry or physiology of the neurohormonal mediators of communication between different cells or organs of the body, focus on basic molecular research while others work on more integrated systems, and gastrointestinal research problems with only a peripheral interest in peptide hormones while others work with gut peptides in non-gastroenteric organs.

Our 58 primary investigators have demonstrated a mutual interest in its various activities and contributed substantially to its research base by participating in core laboratories, serving on committees, or engaging in collaborative interactions with other center investigators.

"Our Center has $26.8 million in digestive disease-related funding and $16.6 million in other research grant support - representing nearly 10% of the total research base of the U-M Medical School. In addition, our investigators have contributed 519 publications over the last five years." - Chung Owyang, MD

The overarching goal of the Center is to investigate signal transduction mechanisms regulating homeostasis and GI disorders. Our approach includes studies on genetics and gene regulation, cellular signaling pathways, receptors and ion channels. The approach will be utilized by the three major research themes reflecting the common research interests of numerous investigators affiliated with the Center. Our research themes include: 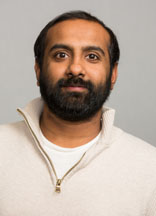 History of the Center

Years ago the University of Michigan established a reputation as a leading institution in gastrointestinal research with the clinical expertise of H. Marvin Pollard and the investigative talents of Horace Davenport. However, by the early 1980s the pool of researchers interested in gastroenterology had diminished considerably to the extent that no investigators in the gastrointestinal unit had independent grant funding from the NIH and no recognizable interdisciplinary collaborative efforts were ongoing. By the late 1980s, the U-M committed major new resources in the form of research space and start-up funding to gastroenterology and recruited Drs. Tadataka Yamada and Chung Owyang to rebuild the Division of Gastroenterology.