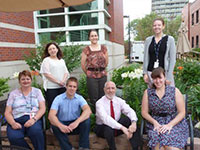 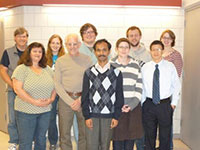 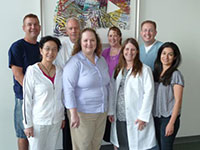 During the past several years, the scope of our Multidisciplinary Research Training Program in Lung Diseases has been expanded to introduce trainees to new major areas of modern biology, including genetics/genomics, metagenomics, proteomics, metabolomics, stem cell biology, computational biology, and the microbiome. Emerging fields of patient-oriented research have been added or expanded, including health services research and sleep medicine. Our program is truly multidisciplinary, as more than 50 participating faculty trainers are drawn from 6 different divisions and 16 different departments at the University.

The combination of the formal training program put in place, effective mentorship at all levels, and vigilance in the evaluation process has been instrumental in our success as a post-graduate training program. Of the PhD trainees that have completed the program in the past 10 years, 87% have appointments at academic institutions or the equivalent, or in the biomedical industry. Seven of these trainees have won national research grant awards (one R15, two R01s, one R56, one K22, four Parker B. Francis Awards, two VA Career Development Award, one VA Merit Award, and one Presidential Early Career Award for Scientists and Engineers). Of the MD trainees who have completed the program in the past 10 years, 89% have faculty appointments at academic institutions, and over 50% have been awarded K series, R series, VA Merit, VA Career Development or major independent foundation Awards. Six of these trainees are the Principal Investigator of at least one R01 or Merit.