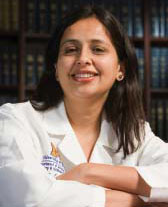 The 21st Century Cures Act passed in late 2016. Its purpose is to put policies in place to shatter barriers and ensure that the United States keeps up the pace of its research. The act includes a wide range of processes, including the discovery of cures in basic science, streamlining the drug and device development process, and unleashing the power of digital medicine and social media at the treatment delivery phase.

As part of the act, the Public Health Service Act was amended to reauthorize funding for the National Institutes of Health through fiscal year 2018. It also establishes the NIH Innovation Fund to pick up the cost for the development and implementation of a strategic plan, early stage investigators and high-risk, high-reward research.

President Obama’s budget for fiscal year 2016 included $216 million in funding for the Precision Medicine Initiative for the NIH, the National Cancer Institute, and the Food and Drug Administration.

This initiative hopes to find new, more effective treatments for various kinds of cancer based on increased knowledge of the genetics and biology of the disease. It will also focus on bringing precision medicine to all areas of health and health care on a large scale.

The University of Michigan is also part of the National Microbiome Initiative which was launched by the White House’s Office of Science and Technology Policy in fall 2016. Thomas Schmidt, PhD, a professor in the Division of Infectious Diseases, director of the Center for Microbial Systems and one of the leader’s of U-M’s Host Microbiome Initiative, attended the launch event at the White House.

The NMI brings together more than $520 million in new and existing federal, private and university funding to enhance microbiome research and education. This funding adds to an already strong microbiome effort across several U-M schools and colleges, fueled by nearly $45 million in competitive research grants and internal funding.