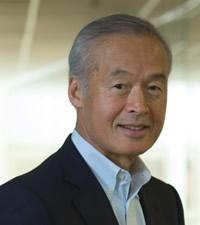 Dr. Yamada graduated with his BA from Stanford and his MD from NYU, and completed his residency in internal medicine at the Medical College of Virginia. After completing three years at the US Army Medical Research Institute of Infectious Diseases and two years as a GI fellow at UCLA, he Joined the faculty at UCLA rising to associate professor before being recruited to the University of Michigan in 1983 by Bill Kelley as Chief of Gastroenterology. He succeeded Bill Kelley as Chair in 1990 after Bill relocated to the University of Pennsylvania.

Dr. Yamada's role as Investigator at the United States Army Medical Research Institute of Infectious Diseases and his subsequent training at the Center for Ulcer Research at UCLA as a gastroenterology fellow resulted in his being one of the first molecular-trained gastroenterologists in the United States. His basic research discoveries early in his career characterized the post-translational processing and biological activation of peptide hormones, the structure and function of receptors for hormones regulating gastric acid secretion, and the regulation of genes involved in acid secretory processes. Dr. Yamada characterized the inhibitory effects of somatostatin on gastric acid secretion and demonstrated the structure of somatostatin, which would be the roadmap to developing the long-acting analogs octreotide and lanreotide with their expanded clinical uses beyond ulcer treatment. He developed a process to enrich and then capture gastric parietal cells allowing characterization and focused studies of individual cell populations separate from the rest of the gastric mucosa. This approach allowed him to clone pancreatic polypeptide and to identify post-translational processing of the hormone gastrin. Dr. Yamada demonstrated the growth-promoting and trophic effects of gastrin, an explanation for the effects of Zollinger-Ellison syndrome on the stomach, as well as the development of fundic gland polyps with the use of proton pump inhibitors (PPIs). His lab cloned the histamine type 2 receptor, an important milestone revealing that it differed from typical histamine type 1 receptors and that it was a key pathway for acid secretion from parietal cells. This pioneering work formed the foundation for a multi-billion dollar industry of H2-receptor blockers, initially via prescription but now widely-used over-the-counter everyday medicines. Dr. Yamada's lab mapped the chromosomal location of the beta-subunit of the H+K+-ATPase. This work, along with that of others, contributed to the development of PPIs, now a multi-billion dollar industry with daily use in hospitals and ICUs, as well as in outpatient settings to prevent and heal erosive esophagitis and gastric ulcers. Dr. Yamada lab also cloned several melanocortin receptors as well as cloned and completed functional studies on the CMKLR1 receptor and the rabbit gastrin/CCKB receptor genes.

The impact from Dr. Yamada's basic science work is enormous. Histamine type 2 blockers and PPIs are routinely used drugs in today’s practice of medicine. We utilize somatostatin in various roles such as in imaging to scan for GI endocrine tumors, to treat acromegaly, and for reducing recurrent variceal bleeding. His research is still highly cited today, not only for the identification of specific receptors and genes, but also for advancing understanding of the physiology of receptor activation and inhibition. His work tied genetics to physiology elegantly and in a way that transformed patient care.

After Michigan, Dr. Yamada joined SmithKline Beecham which later became GlaxoSmithKline where he was Chairman of Research and Development. He later joined the Bill & Melinda Gates Foundation as President of its Global Health Program. Subsequently, he became Executive Vice-President of Takeda Pharmaceuticals. Most recently, he was a Venture Partner at Frazer Healthcare Partners and a Managing Partner in Mountainfield LLC.

In recognition of his research and career accomplishments, Dr. Yamada was elected to the American Society for Clinical Investigation, the Association of American Physicians (where he was President), the National Academy of Medicine, the American Association for the Advancement of Science, the American Academy of Arts and Sciences, Mastership in the American College of Physicians, the Academy of Medical Sciences (UK) and the Royal College of Physicians (UK). He was also President of the American Gastroenterological Association, and served on the U.S. President’s Council of Advisors on Science and Technology. Dr. Yamada has been awarded a number of highly prestigious prizes, including the American Physiological Society SmithKline & French Prize for GI Research, the Friedenwald Medal from the American Gastroenterological Association, the Medical Alumni Achievement Award from NYU School of Medicine, the Achievement Award from the Society of Biomolecular Sciences, the Lifetime Achievement Award from the Academy of Pharmaceutical Physicians and Investigators, and the Watanabe Prize in Translational Research from Indiana University and Eli Lilly & Company. He has received five honorary degrees (University of East Anglia, University of Warwick in the UK, Washington College, Loyola University, and University of Michigan), and was named Knight Commander of the Most Excellent Order of the British Empire (KBE), and received the Order of the Rising Sun, Gold and Silver Star, from the Emperor and Government of Japan.

Of the many enduring aspects of Dr. Yamada's career and life, he oversaw $9B in programs that were directed at addressing health challenges of the developing world while with the Gates Foundation. He created the Grand Challenges Explorations program that focused on innovative ideas and focused on metrics and measurement of impact for the programs in the developing world. Dr. Yamada forged several new partnerships, including with the WHO, UNICEF, Global Fund, and others. Overall, Tachi’s role at the Gates Foundation was transformative, with global impact on the health of world populations. He has helped catalyze the global effort to eradicate Hepatitis C involving the Clinton Health Access Initiative partnering with medical liver societies of the U.S., Europe, Asia and Latin America. Most recently, Dr. Yamada and his wife Leslie gave the University of Michigan a $10M gift to establish a global health program called MGlobE that was launched in early 2020.

Dr. Yamada, "Tachi", will be greatly missed by all his friends and colleagues at the University of Michigan, but his impact will continue to be felt here and around the world.